Pros react to the Anthony Joshua vs. Wladimir Klitschko classic

Pros reacted to the instant classic in Wembley last night 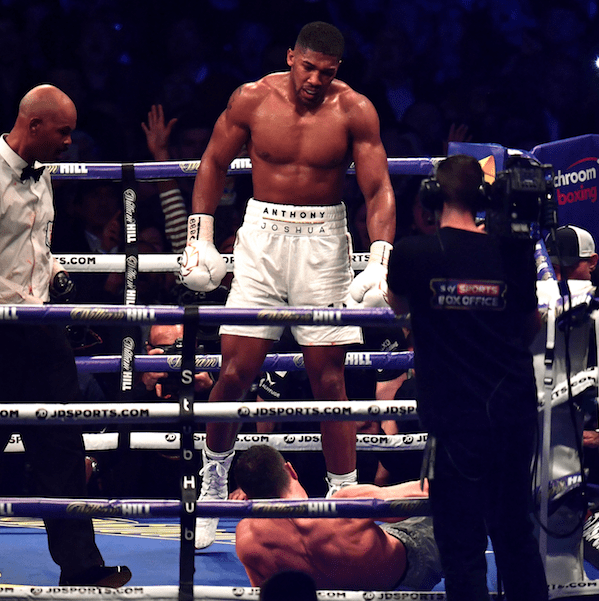 In front of 90,000 people, Anthony Joshua and Wladimir Kltischko put on an instant classic of heavyweight boxing over the course of eleven rounds, before the younger Joshua emerged victorious.

And, as the English fans inside Wembley stadium went ballistic, professional fighters and promoters alike joined in. Here are a few of the best reactions:

What. A. Fight. One of the best heavyweight fights ever. I think I'm gonna watch it again today.

Boxing had been DYING waiting for an exciting HW champ. Now they have it in @anthony_joshua CONGRATS champ

Heavyweight boxing is back thanks to @anthonyfjoshua

Really enjoyed the fight, I hope you did too. Thank you for your amazing support. I can truly feel it. Respect&congrats to @anthonyfjoshua

Wellldone @anthonyfjoshua good fight, you had life & death with @klitschko & I played with the guy, let's dance 💃 pic.twitter.com/alLRHPb513