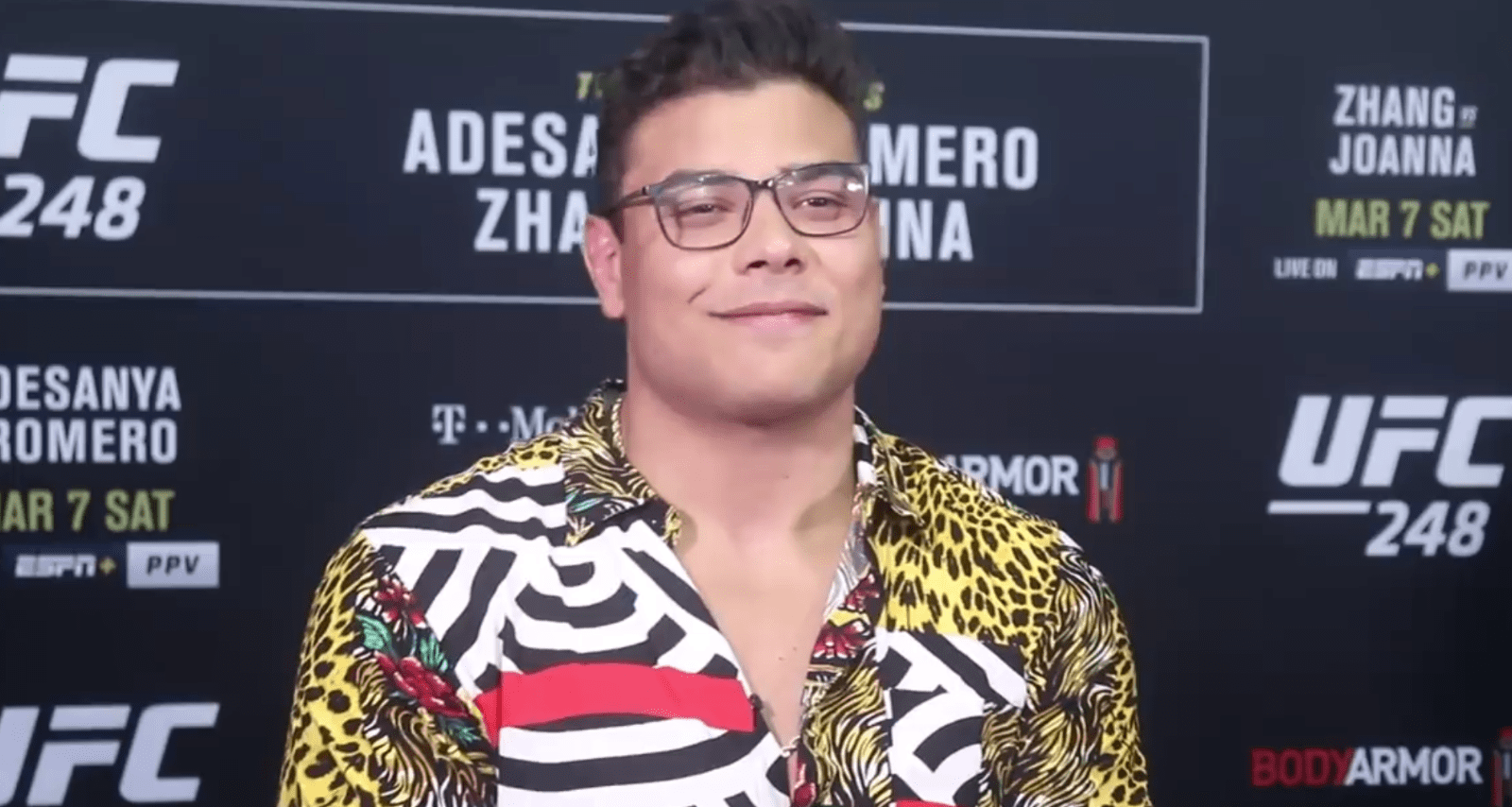 Paulo Costa and Israel Adesanya had their first back and forth on ESPN recently, and Costa believes he was the one who came away the better.

Costa and Adesanya are set to meet on September 26, and it marks just the second time in UFC history two undefeated fighters have competed for a world title. It also marks an opportunity for both men to settle an increasingly personal issue.

“I think I messed with his mind. But not because I just talked with him in the same interview on the same Facetime, just because of my persona as a fighter messed with his head,” Costa said, speaking to Submission Radio. “He knows already he’s in trouble. How I can damage him, how I can hit him badly. So, that’s why I think I messed with his mind. I’m not worried about him. He’s good, he’s fast, quick. But I know also he cannot damage me. He cannot inflict a lot of damage on me because I’m stronger than him, and he’s not the kind of guy who comes with a hard punch, just counter punches. So, I’m not worried about him for this fight. But he’s a bunch messed up in his mind for this fight.”

In Costa’s mind, his training has set him up for nothing but success, especially when he looks at Adesanya’s previous knockout defeat in kickboxing.

“I like to think of myself like a real tough guy,” Costa said. “Maybe the toughest guy on the planet. Because I train very hard, with two, three guys at the same session training, with very hard hits, very hard punches, very hard kicks for real. 100 percent, I mean. Not just fake, just shadowboxing. No. So, this makes me very prepared to fight in real fights with real opponents like Romero. I am not afraid to get hit, because I did this already in my fight camp for two or three months So, I’m properly prepared to make it a real fight.

“So, that’s the difference I think I have between me and Adesanya. He’s fragile. He knows that. He knows he’s fragile. He knows he cannot get two or three very hard hits on his face, on his body. He will be broken. He knows that already because he knocked out two times, with big gloves in kickboxing to a guy named Alex Perreira with big gloves, 14 or 16 oz gloves. Imagine what I can do with him, with his skinny, fragile body with 4 oz on my hands.