Costa takes on the returning Luke Rockhold this Saturday night 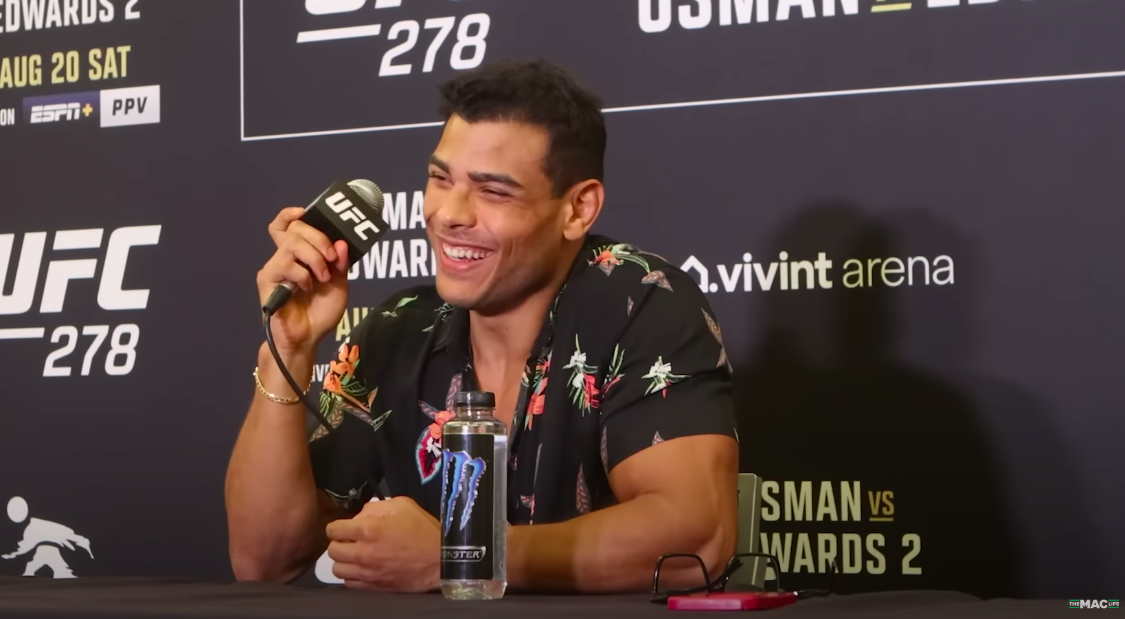 Paulo Costa was one of the UFC’s more high-profile fighters to have missed weight last year, but speaking ahead of his fight with Luke Rockhold this weekend he says he has received some advice on how to drop the pounds from none other than Paddy Pimblett.

Pimblett has become known for his weight ballooning up in between fights, so much so that Dana White actually referenced the matter to the media this week and said that the situation is troublesome for his matchmakers as they can only schedule Pimblett fights well ahead of time to allow him to get his weight to a manageable level.

But despite missing weight on a few occasions early in his career, Pimblett has been perfect on the scales for his last several fights — and Paulo Costa, who missed weight last year ahead of his loss against Marvin Vettori, says that he offered him a measure of advice.

“Yes, I guarantee [I’ll make weight]. If you want to bet, I’ll bet. I can make the weight tonight,” Costa told the media, including TheMacLife, in Salt Lake City, before explaining some of the external advice he received.

“[Paddy] gave me a few instructions. Man, if you look for me and Paddy, it’s not a joke anymore. We have to cut a lot of weight in a short time. When I saw Paddy fight two weeks ago, I tweeted this I said man, this is a short time to cut that much weight, but he did it. He did great, and me as well! We know how to cut weight.”