Owen Roddy: “I see Conor landing clean, and once he lands clean, it’s lights out.”
Press enter to begin your search
MMA

Owen Roddy: “I see Conor landing clean, and once he lands clean, it’s lights out.” 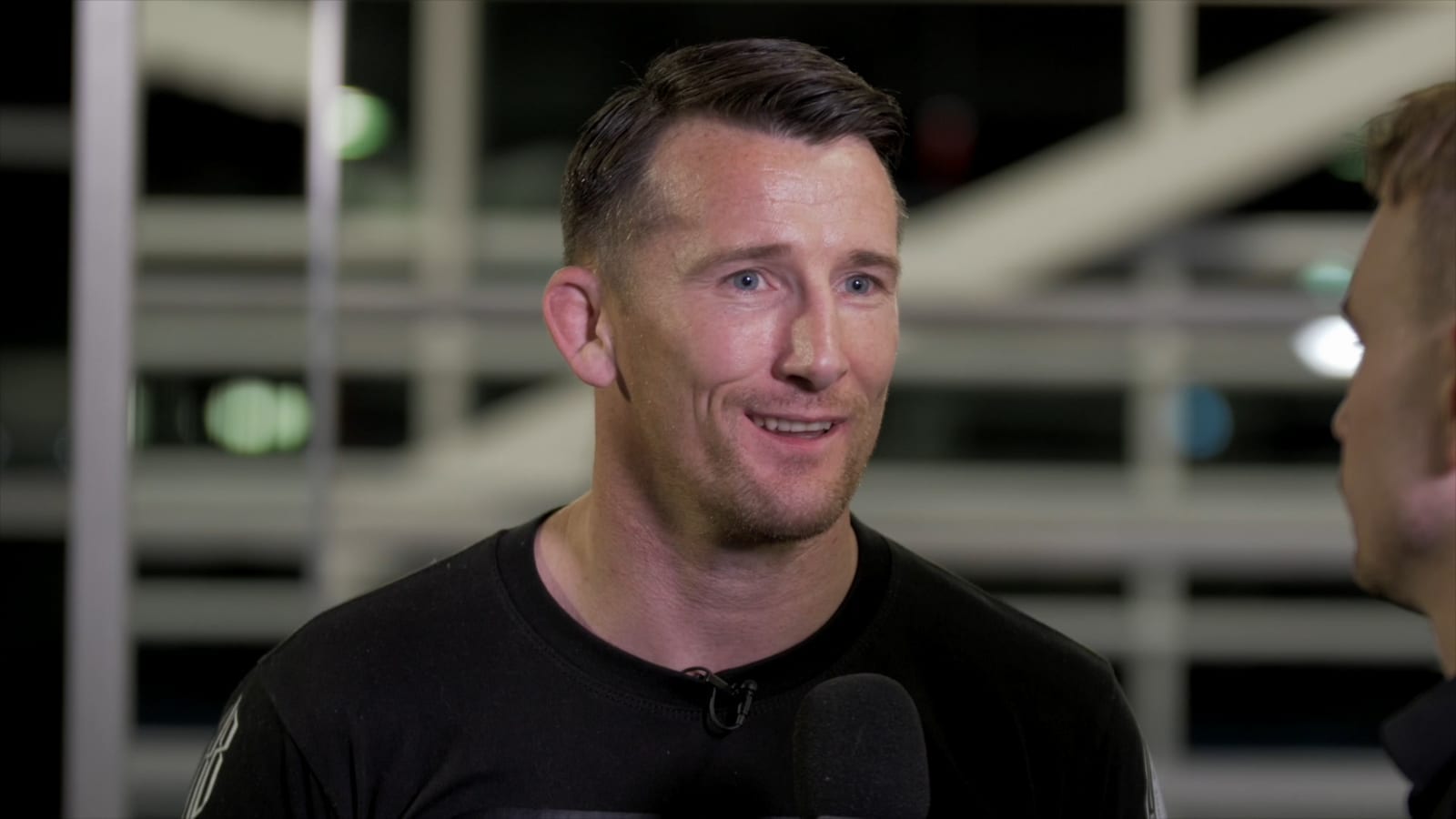 McGregor’s longtime striking coach views Cerrone as a veteran with plenty of tricks up his sleeve as they move towards fight night, and believes there’s plenty of reasons for fans to not underrate the man who’s had the most UFC fights in history.

“He’s tricky, crafty, and well versed everywhere,” Roddy said. “He poses problems in every range, but like I always say, everyone has holes in their game and it’s about finding those holes — which we have — and then capitalising on them. Cerrone’s phenomenal. He’s a fan favourite, you know what I mean? He’s a fan favourite for a reason. He brings it every time. He’s going to bring it on fight night. I just don’t think he has what it takes to beat Conor.”

While he’s quick to pay respects to ‘Cowboy’, Roddy is also quick to note that McGregor’s skills still have him walking into the Octagon as the favourite.