Ottman Azaitar talks Fight Island bag mystery: “I am not asking your mother what’s in her purse” - MMA - TheMacLife
Press enter to begin your search
MMA

Ottman Azaitar talks Fight Island bag mystery: “I am not asking your mother what’s in her purse”

Ottman Azaitar isn’t ready to end one of mixed martial arts biggest mysteries: What was in the infamous bag? 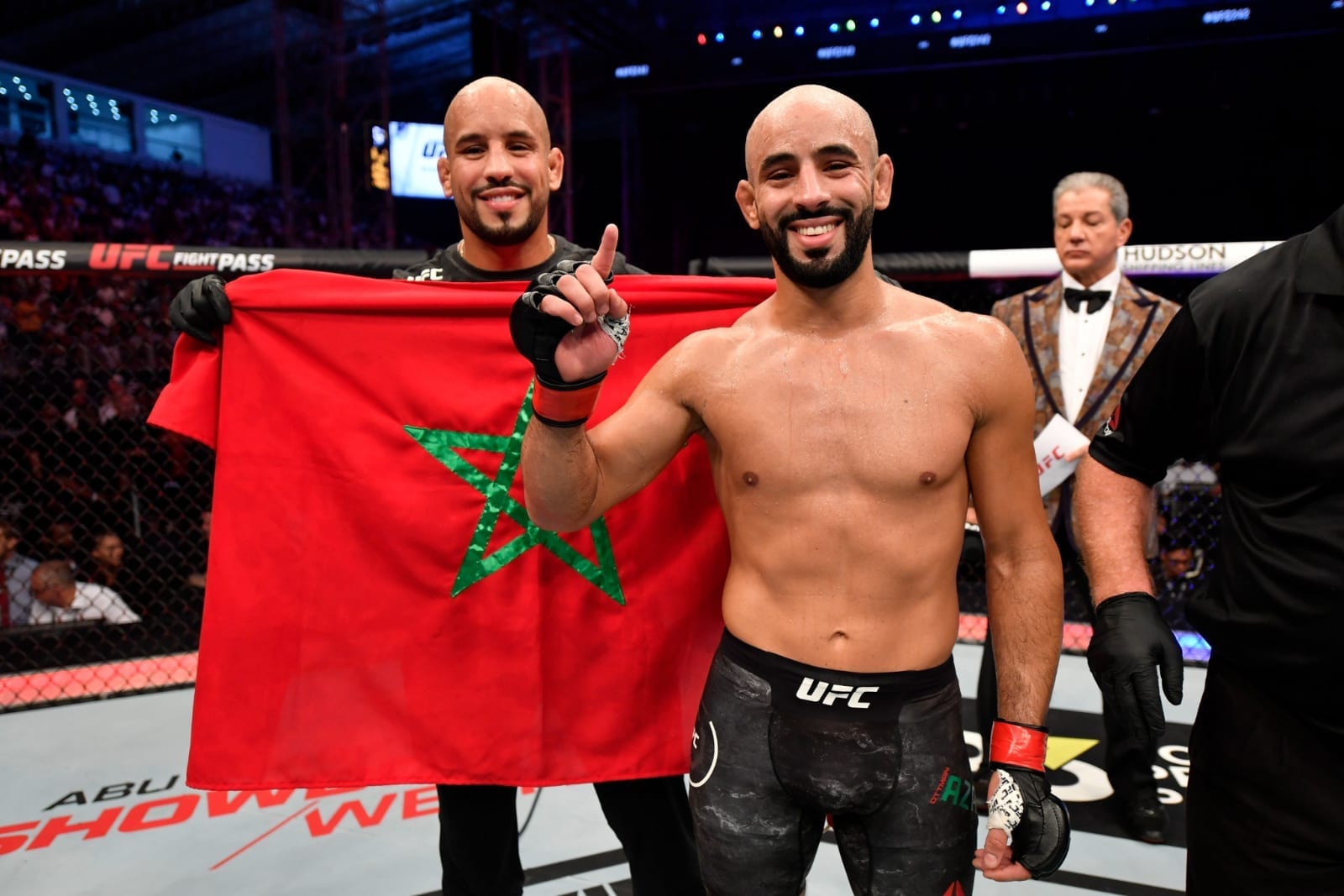 Ottman Azaitar isn’t ready to solve one of mixed martial arts’ most perplexing mysteries: What was in the bag?

Just to recap, Azaitar was the centre of a crazy scandal on Fight Island, which as told by UFC president Dana White saw a mystery man break into the UFC’s COVID bubble with a bag and scale the hotel building. Since then, Azaitar and his team have suggested the bag contained potatoes, but, when asked by fighting.de to share the contents, the lightweight went on record to say… well, he ain’t saying.

“I just want to say: When I – Ottman Azaitar – will decide to let the public know about this, then only when I want to and when I see fit,” he said. “Not because someone even thinks he can pressure me mentally and psychologically to address this and perhaps lie about this or whatever. No, no my friend. I am not asking your mother what’s in her purse, do I? I’m not even asking her if she has a bag in the first place!

“People shouldn’t always react prematurely after they read something. Of course, Dana White came down there and gave that statement. But Dana White even said it himself that he didn’t know if… you know what I mean? I’m not holding that against him. He has his security guys, and they come up to him and tell him this and that, balcony, blah blah blah. Of course, he thinks that there’s gotta be something to that story and says that in his statement. He even asked in that interview, if he should really do this, if they should really tell this story.

“Long story short: I don’t want to say that something is not true, and I don’t want to say that something is true. Should you release these words to the public, I want you to keep all of this in it, so nothing can be taken out of context. You know what I mean? This is important to me. I am basically saying nothing right now, this is basically a no comment on that whole situation and the bag itself. I am just talking about my life in general: It’s possible that someone is making a claim about you, it’s also possible that you are really guilty, it’s possible that…

“I’m giving you a little riddle, because I promised a Moroccan reporter before you to talk to him first, as soon as I want to address this a bit more openly. I promise you: for the German-speaking region, I will talk to you about the what, the who, the why and so forth. But what I really want to let everybody know is: I won’t do this because someone thinks he can pressure me or bug me, until I say something. And all the people going: “We were supporting you for years, you owe us something” – I owe you nothing, I never borrowed anything from you! I don’t ask what’s in your sister’s purse or your mother’s purse or whatever. Of course, people want to know what I think about this, but I am the master of my own thoughts! And I decide when and if I express them to the public or not.”