‘No matter what, somebody’s gonna get pissed off’: UFC welterweight James Krause sees both sides of UFC 249 debate
Press enter to begin your search
MMA

‘No matter what, somebody’s gonna get pissed off’: UFC welterweight James Krause sees both sides of UFC 249 debate 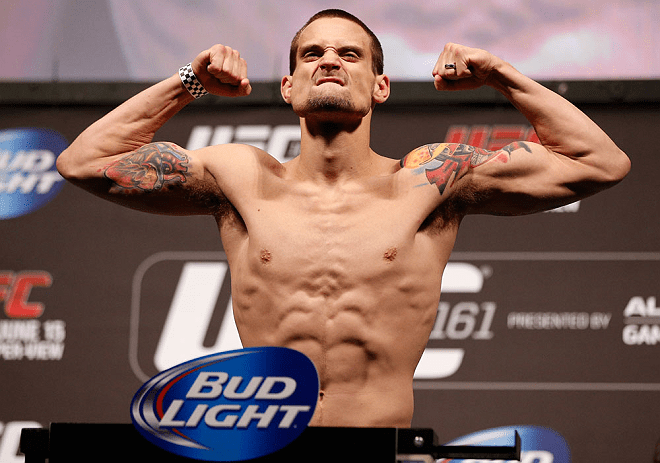 With the global sporting world currently at a standstill, just two things remain: the Belarusian Premier League and UFC 249.

The former isn’t exactly that surprising given that the country’s leader suggested that both vodka and trips to the sauna are effective remedies for Covid-19 but the latter has been the source of much controversy even since the UFC announced that they were pushing ahead with the event in the wake of a global health crisis.

Sport, of course, will be a good and necessary distraction, but questions have been posed as to an audience’s ability to enjoy a card if the safety of those in the arena cannot be fully guaranteed.

James Krause, winner of six of his last seven in the UFC, feels that the organisation was in a ‘no win’ situation.

“I feel like there’s no right way to answer this question,” Krause said to MMA Fighting. “No matter what, somebody’s gonna get pissed off at the answer. There’s obviously two sides to it — and this is a lose-lose question, by the way — there’s Dana’s side, saying everyone is overreacting, this is not as big of a deal as it’s being led on to believe. If you look at the numbers, there’s some argument behind that.

“There’s the other side to where everyone’s quarantined and they’re trying to stop the spread of this thing — which, personally, I have my own opinion on. Where I live, we’re all quarantined, but the grocery stores are open, the gas stations are open, and it just means everyone’s going to the same place. Doesn’t that kind of defeat the whole purpose of what we’re doing here? Like, I can’t open my business, but the grocery store can be open and we can all go to that one place? I don’t know.”

I don’t know about you guys but I’m about as ready as I’ll ever be to get back to my “normal” life. • • Although the circumstances are terrible the situation we’ve been put in should be a mandatory life audit we should go through every so often. • • I can’t be the only one thinking that adjustments can be made on multiple fronts to insure my efficiency, success, and happiness in business and life.

Dana White maintains that the strictest safety measures will be adhered to for next weekend’s event. However, one of the fighters scheduled to compete, Greg Hardy, is known to have asthma which is one of the pre-existing conditions known to exacerbate Covid-19 symptoms.

Fighters, though, have bills to pay like anyone else and Krause says he understands their motivations.

“I respect everyone’s opinion,” he said. “I don’t really have a good answer. I’m trying to play both sides of the fence on this. I have my own answer, but I respect everyone’s decision because, at the end of the day, if they need to stay inside, or people need to go to work, they have families to feed. They have bills to pay and nobody’s helping them.

“I have multiple businesses on the line and if I can’t get those businesses open, how am I gonna put food on the table? That’s where, for me, it gets a little crazy. There’s so many layers to this and it’s hard to answer that without having a two hour conversation about it.