Nick Diaz vs. Robbie Lawler set for five round affair at UFC 266

Nick Diaz has signed a bout agreement to meet Robbie Lawler for his first bout in over six years. 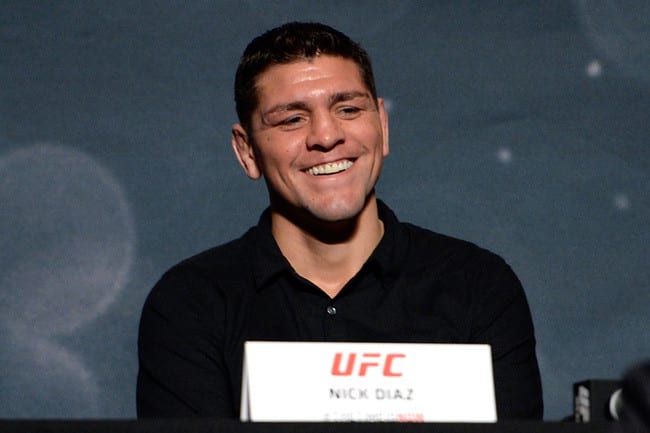 Nick Diaz is back.

The Stockton star has signed a bout agreement to meet Robbie Lawler at UFC 266 on September in Las Vegas, Nevada. It marks the older Diaz brother’s first fight in over six years, and a rematch from 2004. Yahoo Sport’s Kevin Iole first reported the news.

While it’s not yet confirmed to be a co-main event slot, it’s believed a featherweight title bout between Alexander Volkanovski and Brian Ortega are to be topping the bill, meaning Diaz return would be the second only five-round co-main event in UFC history — following Nick’s younger brother Nate’s recent clash with Leon Edwards recently.

Despite his long absence, Diaz remains one of the most popular names in the sport of mixed martial arts, and appears to be in phenomenal shape of late, and recently competed in a Triathalon.

Lawler is currently on a four-fight losing streak, and was last seen falling short via decision against Neil Magny last year.