The actions of a fighter’s corner will be investigated. 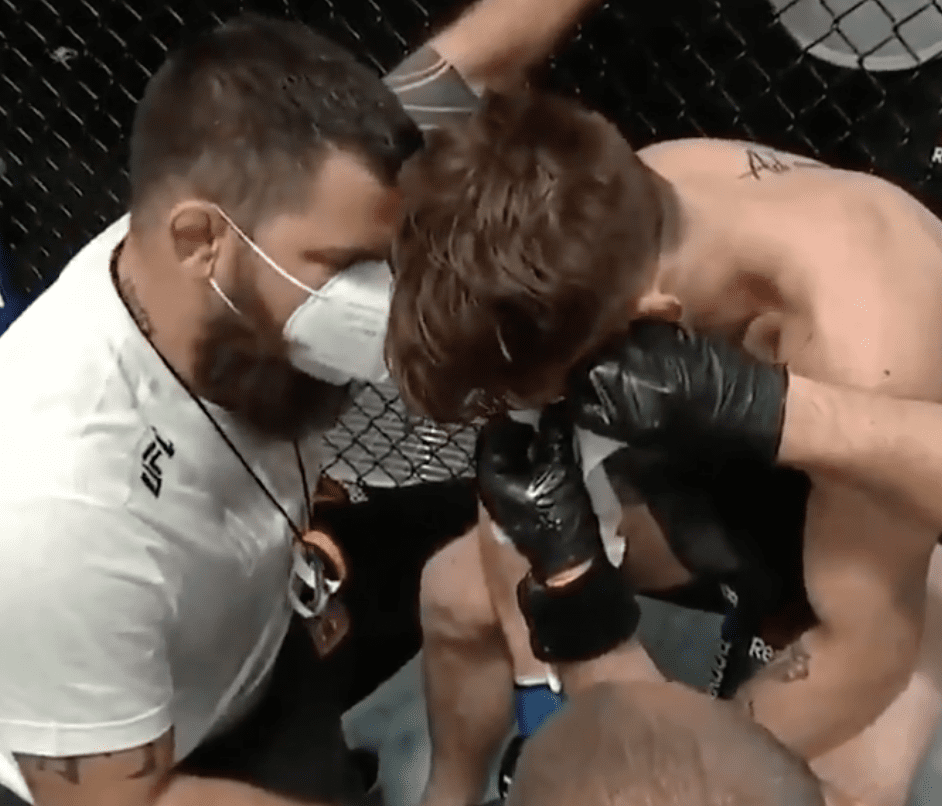 Earlier today, Max Rohskopf sat on the stool in between rounds of his fight and told his corner repeatedly to stop proceedings.

Instead, his coach Robert Drysdale attempted to talk him out of the idea, ignoring the pleas of his fighter. Before the fight continued, the referee asked Rohskopf if he wanted to continue, to which Rohskopf said no.

The fight was then called, but the controversy continued.

It’s often considered part of the corner’s duty to give their fighter a way out of competition when it becomes apparent they have nothing left to offer. According to Nevada State Athletic Commission executive director Bob Bennett, the proceedings in the corner will be investigated.

“That’s something we will take a look at,” Bennett said, speaking to ESPN. “We might want to take disciplinary action on them. That doesn’t sound like they are looking out for a fighter. Obviously, he didn’t want to come out [and fight].”

Inside the corner of Max Rohskopf before the fight is called off at #UFCVegas3 pic.twitter.com/hZrfnaMObt