What you need to know about EA UFC 4: Masvidal & Adesanya on the cover, DC on commentary, Fury/Joshua, Backyard mode & more
Press enter to begin your search
EntertainmentMMA

What you need to know about EA UFC 4: Masvidal & Adesanya on the cover, DC on commentary, Fury/Joshua, Backyard mode & more

EA UFC 4 is here! The latest instalment of the popular franchise will be available on August 15. For everything you need to know, click here. 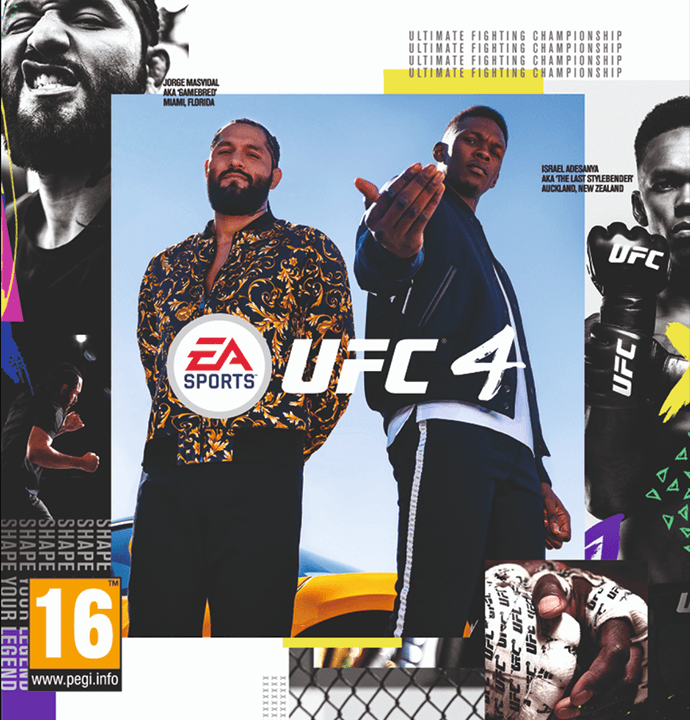 The next instalment of the gaming giant’s collaboration with the mixed martial arts promotion was announced today ahead of UFC 251 in Abu Dhabi. The cover stars for the fourth edition of the game are Israel Adesanya and, in a nice turn of events, Jorge Masvidal, who headlines the card tonight against Kamaru Usman.

The game will be available for purchase on August 14.

In terms of updates, tweaks and new mechanics, fans will have plenty to look forward to, as the entire game has been given a facelift and multiple gameplay alterations. What follows is a list of the most noticeable changes for the series.

EA SPORTS UFC 4 is available worldwide on Friday, August 14 on PlayStation®4 and Xbox One. Players who pre-order* the game now will get boxers Tyson Fury and Anthony Joshua, along with a Backyard Customization Pack and Kumite Customization Pack containing cosmetic items. Additional benefits± are available for players who purchase UFC 4 through an in-game tile in UFC 3 or UFC 2, including 10% off UFC 4, martial arts legend Bruce Lee and 500 UFC points.