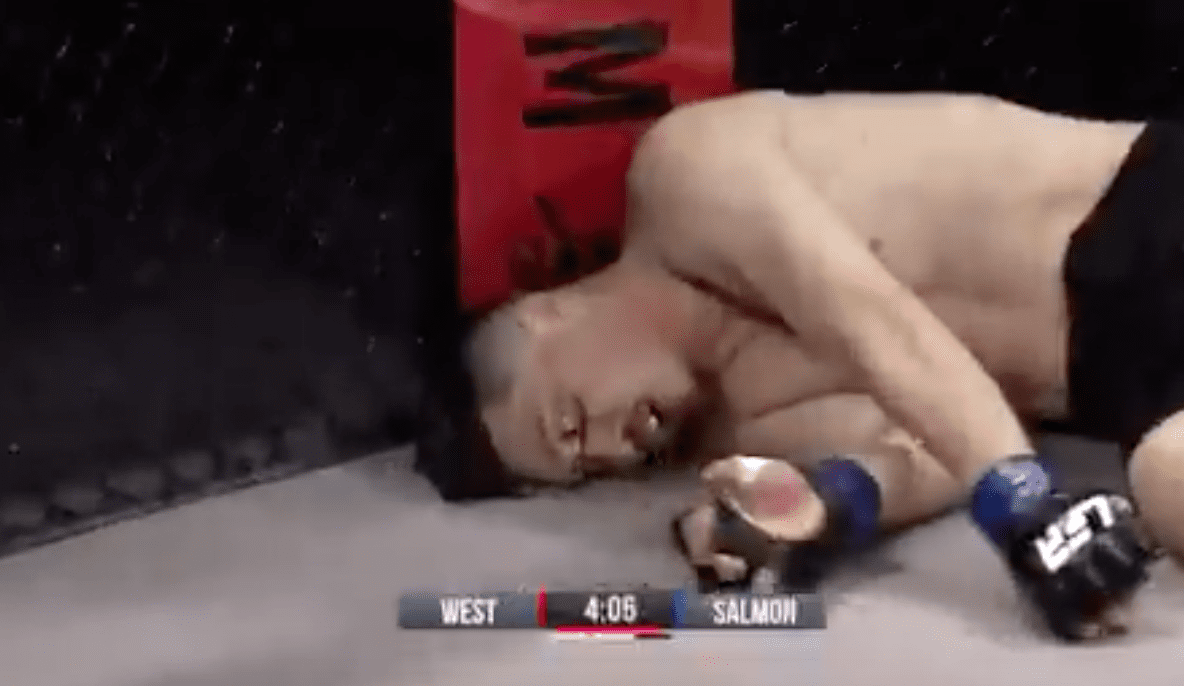 LFA fighter Shawn Watts might want to review the unified rules of mixed martial arts one more time after he was disqualified from a fight with Boston Salmon at Friday’s LFA 84 card in South Dakota after launching a flagrantly illegal knee at the UFC veteran.

The incident came after Watts dropped Salmon with a hard right hand, only for him to follow up with a knee shot to the dazed fighter which landed while Salmon was still a ‘downed opponent’. The MMA ruleset dictates that if a fighter’s knee or hand is touching the canvas he is considered ‘downed’ and is safe from being targeted to the head with knees or kicks.

Somewhat predictably, Watts was immediately disqualified from the bout and Salmon was subsequently awarded the victory — but odds are he won’t remember very much about his seventh professional career victory.