‘We need more fighters like you’: Rafael Dos Anjos thanks Paul Felder for stepping in to save UFC main event
Press enter to begin your search
MMA

‘We need more fighters like you’: Rafael Dos Anjos thanks Paul Felder for stepping in to save UFC main event

Dos Anjos has hailed Paul Felder for stepping in to save this weekend’s main event on just five days notice. 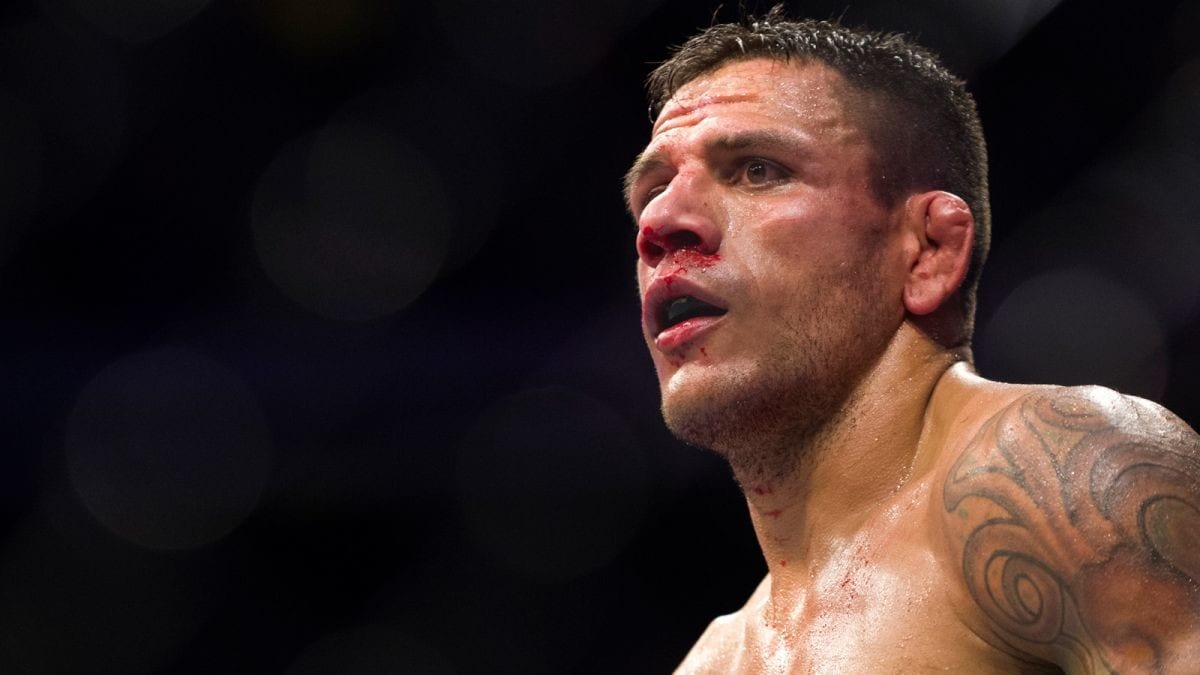 In mixed martial arts, it can pay to be the ‘next man up’.

This is the position that Paul Felder has found himself in, nine months or so removed from a lightweight defeat to Dan Hooker — a fight in which the ‘Irish Dragon’ suggested might well be his final bout in the Octagon. However, Felder has never been someone to pass up an opportunity, and announced that he will step in to replace Islam Makhachev in this weekend’s UFC headliner in Las Vegas against Rafael Dos Anjos.

And the former 155-pound champion Dos Anjos is grateful.

We need more fighters like you @felderpaul thank you for take the fight and save the show. pic.twitter.com/f5tfDoSWRS

“We need more fighters like you [Paul Felder]. Thank you for [taking] the fight and [saving] the show,” Dos Anjos wrote on Twitter.

Felder’s short notice inclusion in this weekend’s headliner details the type of shape that Felder apparently keeps himself in. Not only will the bout take place at 155-pounds (leaving Felder a very limited amount of time to cut weight) but it was also be across five, five-minute rounds. In the past, several short notice fighters have taken bouts but asked for the fight to be made a three-round contest.

“I think he really wants to be fighting the top guys at 155 to make his comeback and give himself a chance,” Felder said this week of his opponent. “That was one of the stipulations. Obviously, we talked about catchweights, but I know with main events, if possible, they like to keep it at the weight class. That was one of the things, ‘Do you think you can make it?’ It’s not going to be fun, but I’m going to make it.”