Nate Diaz vs. Leon Edwards pushed back to June 12

Nate Diaz’ return to the Octagon has been pushed back to June 12 after the Stockton star suffered an injury in training that rules him out of action next weekend. 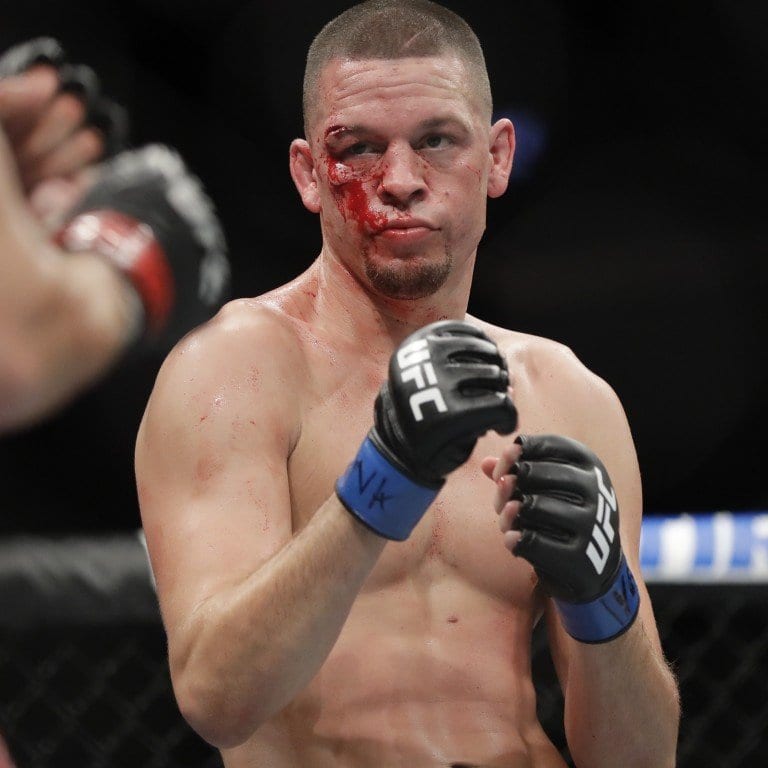 Nate Diaz’ return to the UFC Octagon has been briefly postponed.

The Stockton star has suffered an injury in training which will rule him out of action next week, and instead of Diaz vs. Leon Edwards taking place at UFC 262 in Houston, the pair’s meeting has been pushed to UFC 263 on June 12 in Arizona. The news was first reported by Yahoo Sports.

Diaz has been out of the Octagon since his fight with Jorge Masvidal at the end of 2019. He remains one of the biggest stars in the sport, and his scheduled bout with Edwards was set to be the first five-round co-main event in UFC history. It’s believed the five-round stipulation will remain even though the two will no longer be co-main.

UFC 263 is headlined by Israel Adesanya versus Marvin Vettori II, with flyweight champion Deiveson Figueiredo rematching vs. Brandon Moreno alongside.