Nate Diaz slams Jorge Masvidal for pullout, claims he was injured in his fight with Leon Edwards
Press enter to begin your search
MMA

Nate Diaz slams Jorge Masvidal for pullout, claims he was injured in his fight with Leon Edwards 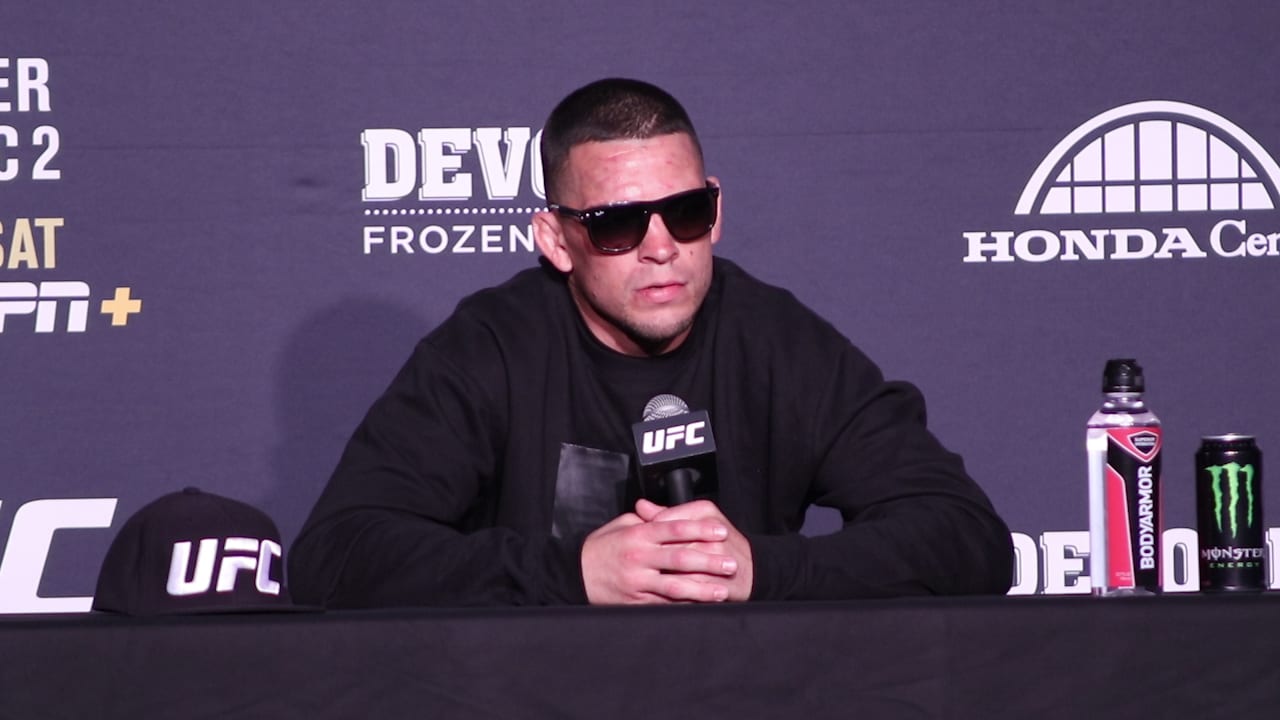 Nate Diaz has thrown some shade at his former opponent Jorge Masvidal after it emerged late on Wednesday evening that ‘Gamebred’ had withdrawn from his upcoming scheduled bout with Leon Edwards.

The two warring welterweights were due to fight in Las Vegas next month, some two-and-a-half years after they clashed backstage after a UFC event in London — but the snakebitten Edwards has once again seen an upcoming fight fall apart after Masvidal cited injury as the reason for his pullout.

Nate Diaz, though, who fought Masvidal inside Madison Square Garden in late 2019, isn’t buying Masvidal’s excuses and in a since-deleted tweet, suggested that he has fought several of his most recent fights — including against Masvidal himself — injured.

Nate Diaz tweeted and deleted this in reference to Jorge Masvidal pulling out of his fight with Leon Edwards 😳 #UFC269 pic.twitter.com/2hJ1QqXXwr

“I fought 3 of my last 4 fights injured. Man up” Diaz wrote on Twitter, renewing his rivalry with Masvidal who has been defeated twice in succession by welterweight champion Kamaru Usman.

It remains to be seen if Edwards will remain on the UFC 269 card, and has been linked to a short notice bout with Khamzat Chimaev after the two were originally scheduled to fight around 12 months ago.

The Birmingham man, who can claim the second-longest undefeated streak in the 170-pounds fold, has issued a callout to Usman and it remains to be seen if he will be amenable to taking on a short notice challenge.