Nate Diaz goes back and forth with Rafael Dos Anjos: ‘You couldn’t make it to war’
Press enter to begin your search
MMA

Nate Diaz goes back and forth with Rafael Dos Anjos: ‘You couldn’t make it to war’ 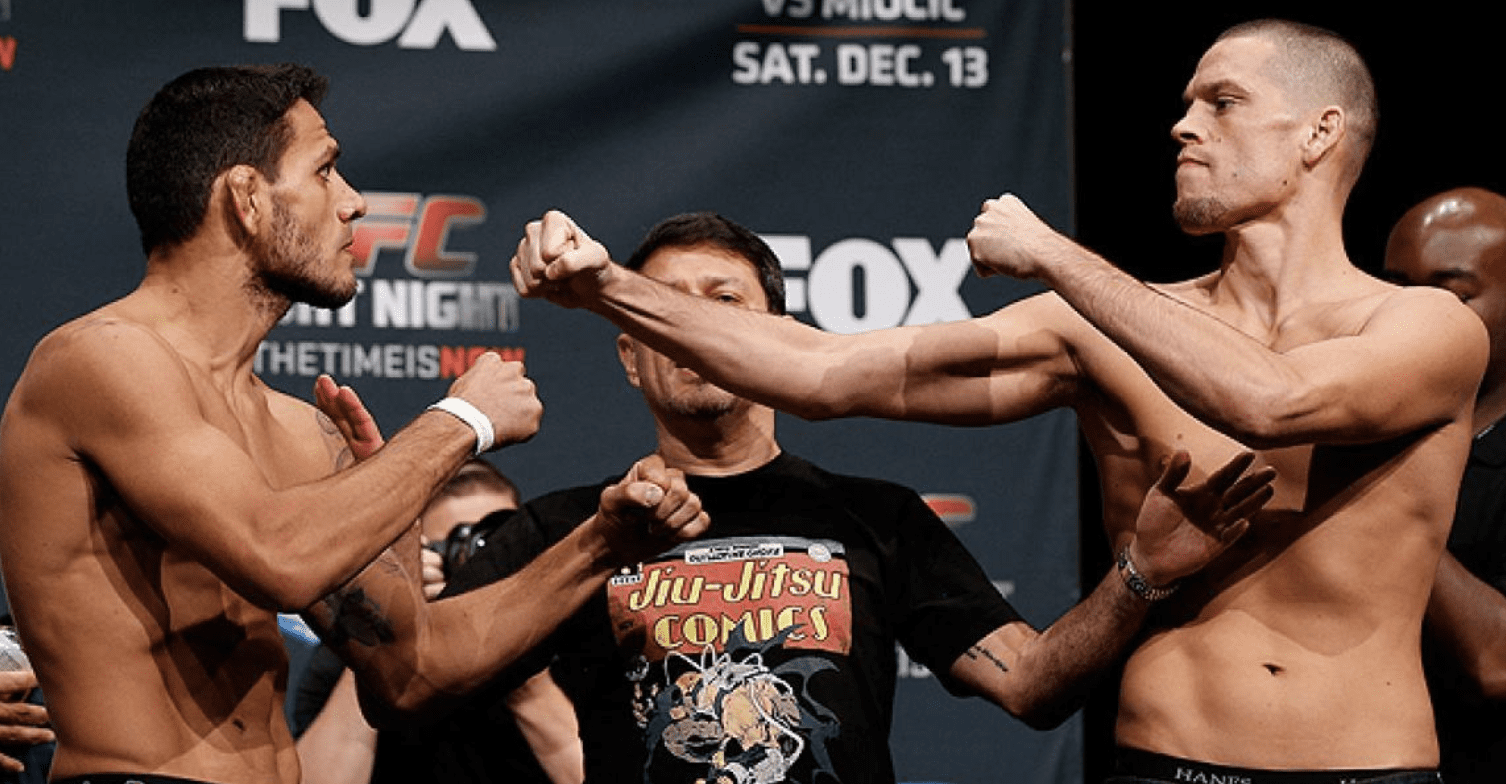 While he might have spent the last two years flying under the radar, it seems now Nate Diaz has a fight booked in the UFC, he’s prepared to start interacting with his fellow fighters — in his usual fashion.

Just moments after Diaz made his return to the promotion at press conference yesterday, he made headlines for storming out of the event and announcing on his social media that he would no longer be competing on November 3.

That exclamation naturally garnered plenty of attention, even amongst Diaz’ fellow athletes, with former UFC lightweight champion Rafael Dos Anjos posting a mocking version of the statement to his own social media.

I’m not fighting in Argentina too, F ufc 😜

A mockery, it seems, that Diaz wasn’t prepared to ignore.

I wasn’t mocking U, just making a joke. Don’t forget you make your money with my bad luck and also don’t forget what I did to you 😉