‘Most of us come from the streets, and most of them do’: Darren Till details UFC backstage melee
Press enter to begin your search
MMA

‘Most of us come from the streets, and most of them do’: Darren Till details UFC backstage melee 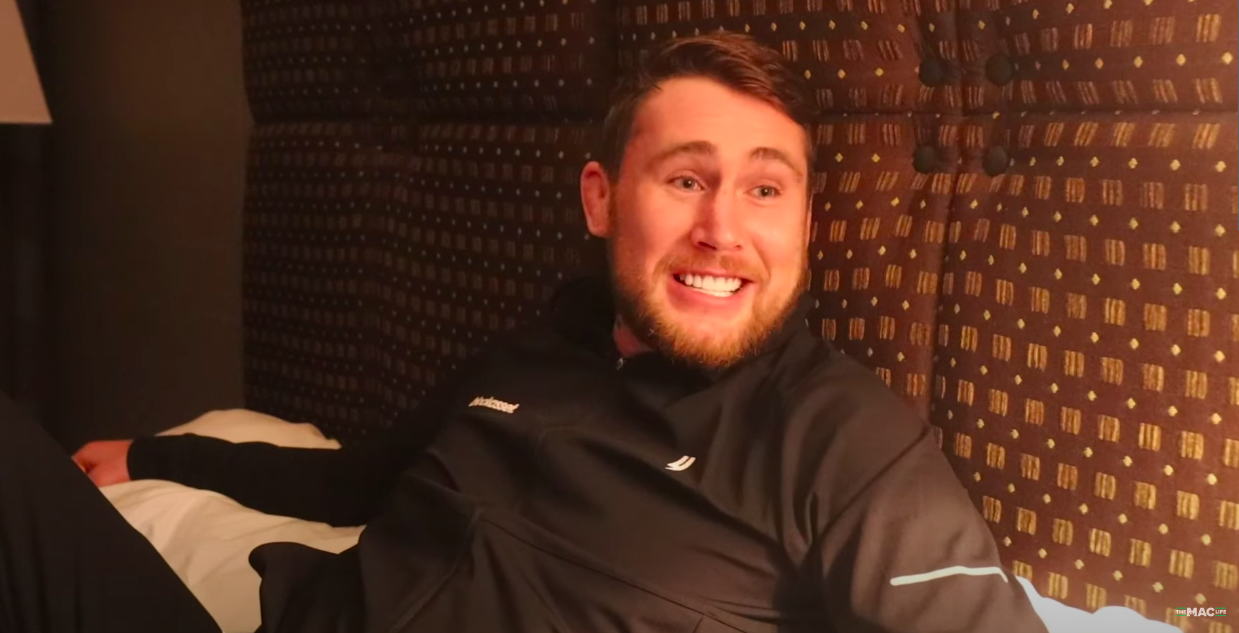 The events which led to Dana White calling off Thursday’s UFC 279 press conference in Las Vegas are dominating the MMA press today — but as far as Darren Till is concerned, it’s just what happens sometimes amongst professional fighters.

Per reports on the scene, a wild fracas was sparked when Khamzat Chimaev allegedly push-kicked Kevin Holland while they waited backstage before the presser with a second incident following soon afterwards involving members of Nate Diaz and Chimaev’s large entourages.

But for Till, this was just another day at the office.

“It was just normal,” Till said speaking exclusively to TheMacLife. “I don’t know if I’m just saying that because we’re fighters ’cause we just fight all the time.

“So, we’ve been separated all week, the teams. There’s about 30 of us and I think there’s about 50 of them. There’s big teams. So we come in, six of us each. I think Nate had six guys come for the press and us six waiting backstage. Then when we come out they’re like, ‘Go and sit down inside.’ But Khamzat was on his own so I was like, ‘Is he alright on his own?’ And I looked at Kevin and Kevin was on his own so everyone was on their own, I didn’t know where Nate was.

“We went to our side, they were at their side. They was all standing up so I was standing up with a few of the guys and the security had been following us around like, ‘Till, sit down.’ I was like, ‘No, they’re standing up, I want to stand up.’

“They’re like, ‘But you’re looking at them and they’re looking at you, something’s gonna happen.’ Nothing’s really gonna happen, is it? So he’s like, ‘Till, please. Sit down.’ I said, ‘Okay, I’ll sit down but when Khamzat comes out for the press conference, we’re all standing up. I want you to know that.’ He says fine.

“Then I see one of the security running backstage and I’m like, okay what’s happening here now? Then Dana had come out and was like, ‘We’re cancelling the press conference.’

“So everyone stood up in the MGM and everyone was leaving and whatever they’re doing. I couldn’t get to the entrance so me and Guram [Kutateladze], we jumped over the barrier. We ran through then Khamzat’s up on the other side. I didn’t see where Nate was but Nate’s guys who were meant to come in didn’t. Nate was like outside somewhere or something. I didn’t see Kevin and then we just went in the back bay. That was all we’d seen so obviously there was something before that, I think.”

Ultimately though, while Till said that it was definitely a situation which could have gotten worse nothing too bad happened, no one was injured and that UFC 279 will proceed as planned, even if Friday night’s ceremonial weigh-ins might well be a little heated.

“I think people on the outside just build it up a little more than it is,” he said.

“It just is what it is. 100 million percent,” he added when asked if the situation could have spiralled out of control. “Alls I know is,  Diaz’s team’s over there, like 57 of them, and we’re over there, 35 of us or something. Let me tell you one thing, most of them are fighters and most of us are fighters. All this sh*t like how I’m this, I’m that…

“Most of us come from the streets and most of them do. That’s what we’re used to doing. If we’re getting close, things are gonna get said. Someone’s gonna be looking at someone and say who’re you looking at? Then we’re all gonna fight. That’s what’s gonna happen.”