Moreno vs. Figueiredo trilogy bout set for UFC 269 in December

Let’s do that again, shall we? 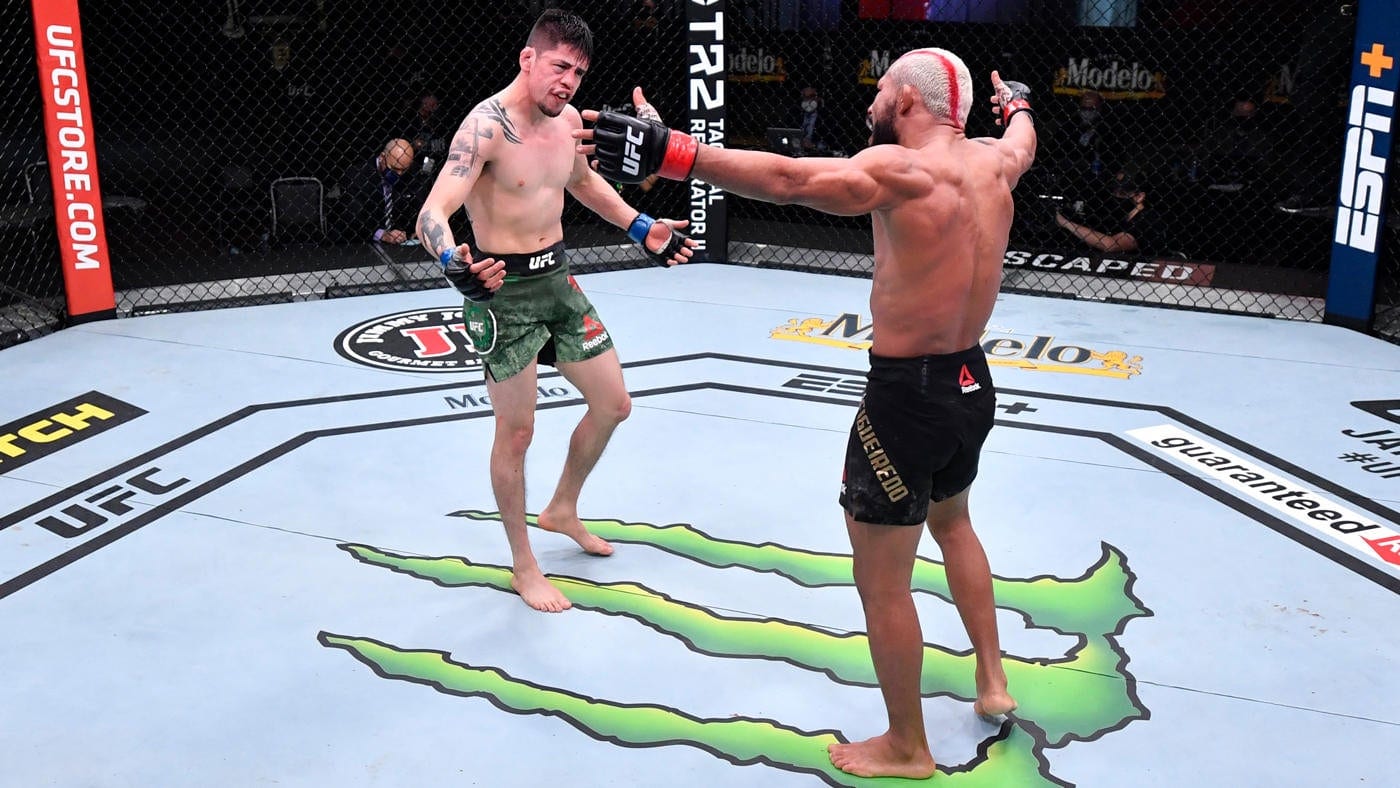 One of the best title rivalries in recent UFC history will get another chapter in December.

After a draw in their first meeting and a win for Brandon Moreno in the second, the Mexican flyweight champion will defend his world title against former champ Deiveson Figueiredo in the UFC’s year-end card on December 11 next, per an initial report by ESPN.

Moreno won the championship by scoring a third-round rear-naked choke win against former champ Figueiredo in what was a rematch of a fight of the year contender between the pair at UFC 256 — a year and a day before what will be the third meting between the two 125-pound standouts.

This comes amid speculation that Figueiredo was contemplating a move to bantamweight after the massive flyweight prior struggles on the scales to meet the flyweight championship limit, but the opportunity to even the series at 1-1-1 between the two fighters proved to be an opportunity that the Brazilian couldn’t resist.

Moreno, meanwhile, has risen to significant fame in his home country since winning the world title, and is the first Mexican-born UFC champion.

A woman’s bantamweight clash, meanwhile, between champion Amanda Nunes and Juliana Pena is also set to take place on the December card as well as a flyweight contest between Cody Garbrandt and Kai-Kara France.