The Meatball is heading stateside again 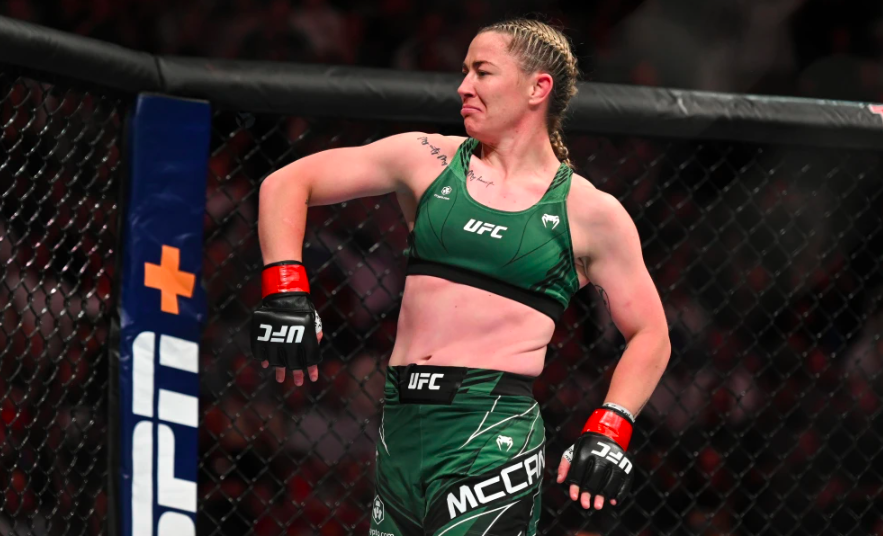 There’s a Meatball coming to the Big Apple.

Molly McCann, fresh off a second spinning elbow finish in a row at a UFC London event (well, the second one led to the finish), will take on her next challenge inside the world’s most famous fighting arena after it was confirmed that she will take on Erin Blanchfield in the UFC’s latest event in New York City at UFC 281 on November 12.

Both McCann and Blanchfield will come into the fight on the back of three fight win streaks, with McCann’s recent win against Hannah Goldy coming after victories against Luana Carolina and Ji Yeon Kim.  Blanchfield, by contrast, has won her first three UFC fights against Sarah Alpar, Miranda Maverick and in June against JJ Aldrich. The New Jersey native is 9-1 in her career overall, and is likely to have the support of many fans from across the Hudson River.

McCann had stated her interest in fighting Antonina Shevchenko in her next outing but has been handed a different assignment by UFC matchmakers for what will be her fourth fight in the United States.  It remains unlikely, though, that her close friend Paddy Pimblett will join her on the fight card after he previously ruled out fighting in New York due to the state’s oppressive tax laws.

UFC 281 is expected to be headlined by a middleweight title fight between champion Israel Adesanya and Brazil’s Alex Pereira.