Mike Perry on sparring Darren Till: “I knew he wasn’t f*cking going to say no”
Press enter to begin your search
MMA

Mike Perry on sparring Darren Till: “I knew he wasn’t f*cking going to say no”

Mike Perry wanted to fight Darren Till. So why not just make it happen? 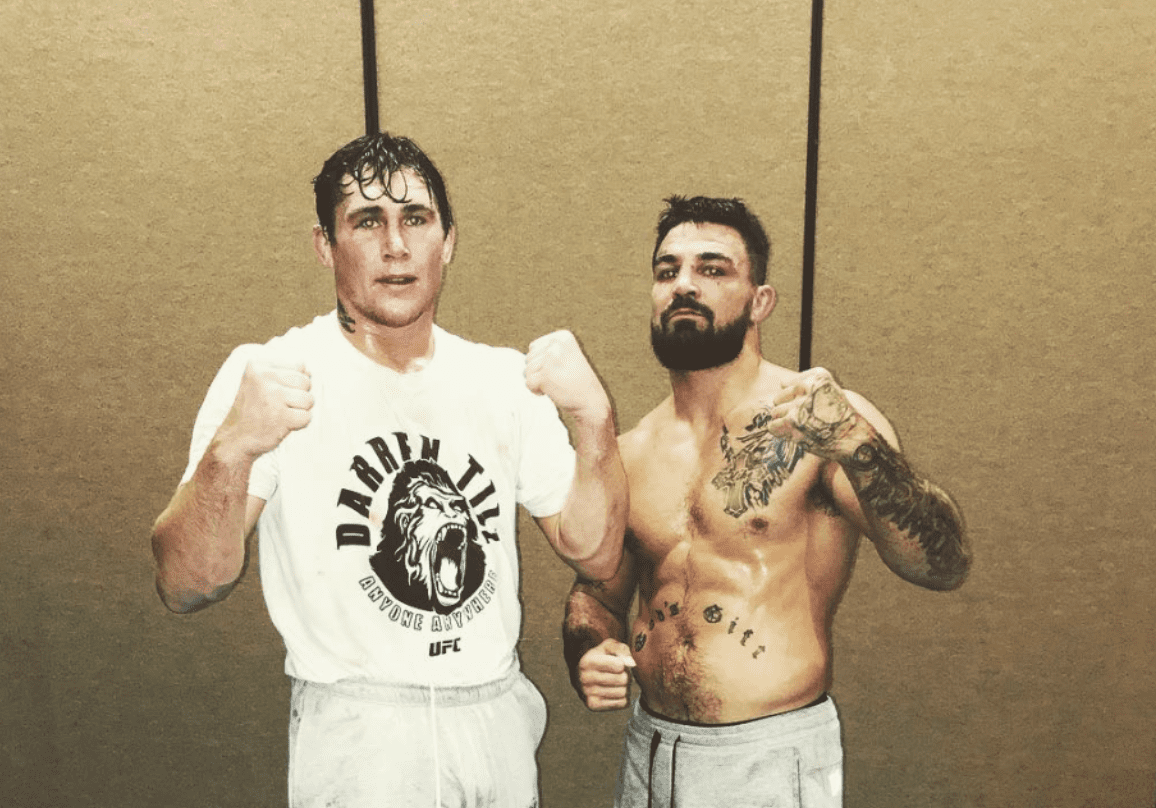 When a picture was put shared on social media of Mike Perry and Darren Till after finishing a sparring session with each other, MMA fans had their interest piqued.

Over the past year, Till and Perry have made no bones about wanting to fight each other, even if the callouts are made with a laugh and a smile. As young fighters and fierce competitors, to see the pair don gloves and go a few rounds is unusual, with MMA being a game of egos and high stakes.

Still, according to Perry, the whole thing was a good time — even if slightly disorganised.

“There’s nothing to it man,” Perry said, speaking with TheMacLife. “It’s normal for us. He’s a real guy, he likes to fight, same as me. There’s nothing fake about us, we are here to hurt people and win. I saw him — he actually thought I said spa. Like I wanna go to the hot tub, steam room and sauna at the hotel. Fucking sure, mate. He said yeah, and I talked to him later and said, ‘I got one pair of gloves, do you have a pair of gloves with you?’. And he was like, ‘Oh you said spar. I thought you said spa. I said, ‘No, let’s go fight. Let’s go fucking fight each other.

“Why wait? I have this opportunity to spar the number one contender,” Perry continued. “And I’m a good look when it comes to [Tyron] Woodley’s power punching. I’m the same height pretty much, stocky build, short, thick. It was good for [Till]. It was good for me. It was a pleasure to work with the young man. What can I say? We like to fight, and I had the opportunity to spar the number one contender and I knew he wasn’t fucking going to say no.”

And the whole affair was made even more unique when the duo realised the training gear they had didn’t quite match up. Still. Where there’s a will, there’s a way.

“He had sixteen ounce boxing gloves, and I had JacksonWink training eight ounce MMA gloves.” Perry said. “And I said,’Well you’re southpaw and I’m orthodox, how about we put the MMA glove on the jab hand and the big glove on our power hand’. He didn’t even have a mouthpiece, motherfucker. I put mine in, I got mine, I’m fucking using it. I told him he should put some fucking paper towel in his mouth.”

It’s a fun story in an MMA world increasingly populated by drama and beefs. Although Perry would rather you didn’t try and make a winner and loser out of it.

“We were both nice, I’m not gonna lie,” Perry said. “We were both nice because we weren’t trying to be disrespectful, and we wanted to see the movement. But we were cracking each other too, we went three five minute rounds. We had a good little fight. I gotta say, man, it was a fucking pleasure. Fuck it. I’m not going to say anything else, what does the world looking for me to say? That I won? No, nobody won. If he says he won, then fuck you, Darren Till. But nobody won, we learned that day.”