Tate is back on the shelf for a little while. 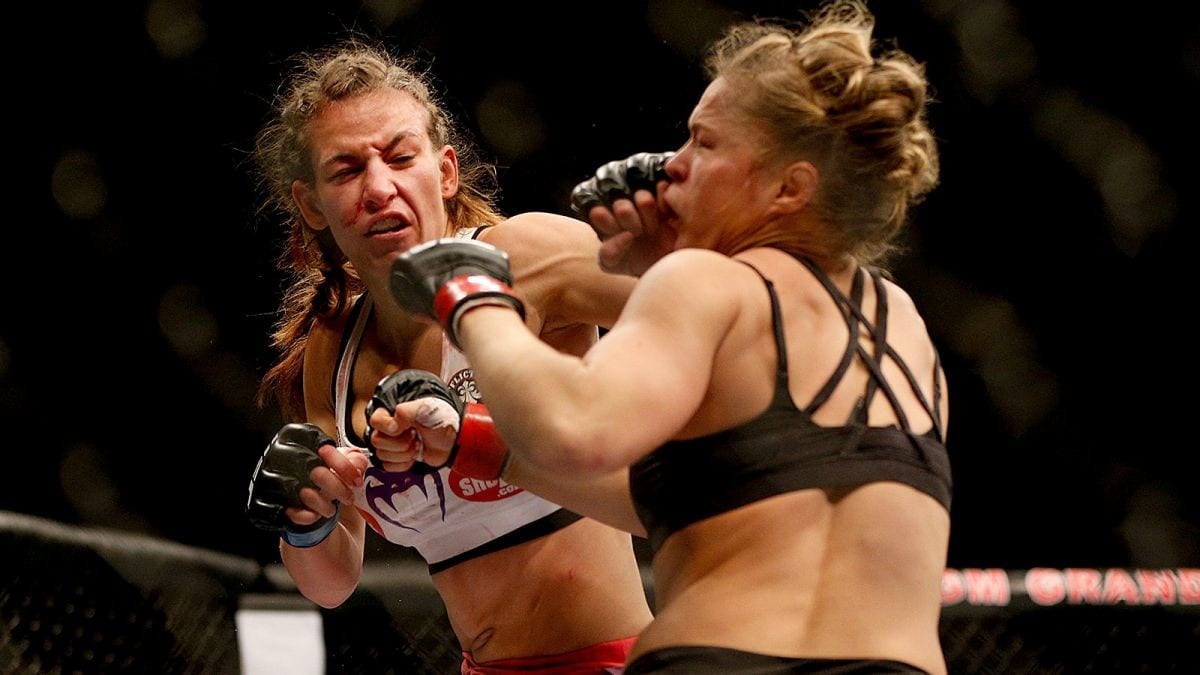 Miesha Tate recently spent five years away from the cage and after suffering a broken nose in her defeat to Ketlen Vieira in last weekend’s UFC main event, ‘Cupcake’ will now spend some more time in the sidelines following the release of the Nevada Athletic Commission suspension list.

Per the medical list published by mixedmartialarts.com, Tate suffered “bilateral nose fractures” and a “superior nasal septal fracture” in the fight. She has suffered several nose injuries in the past and has previously undergone surgery to correct the issue with repeated nasal problems.

Tate also suffered a large gash under her left eye in the bout with Brazil’s Vieira, which served as the main event of the UFC event in their APEX facility in Las Vegas on Saturday night. She will be suspended until May 20, 2022 unless cleared by a specialist in advance of that date.

A host of other fighters received minor suspensions, including Sean Brady until December 21 for lacerations under both eyes and Joanne Calderwood until the same date for what is referred to as a “hard fight”.

The only other long-term suspension from the event is towards Lupita Godinez who must be have a knee injury cleared by an orthopedic doctor, or must sit out until May 20 also.