Robert Whittaker finally gets his hometown title defence in February. 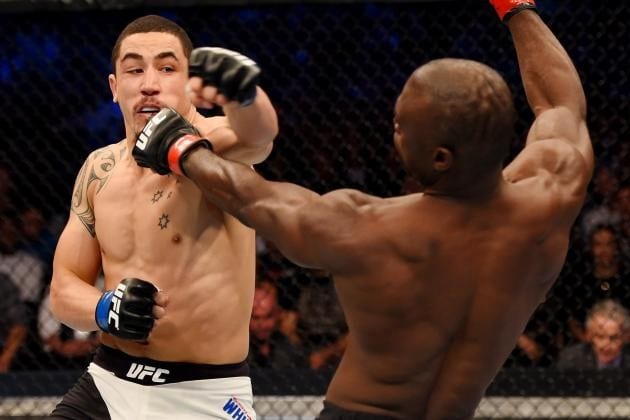 Robert Whittaker has flown somewhat under the radar since becoming the UFC’s undisputed 185-pound champion a year ago.

Injury has removed the Australian fighter fr0m action for an extended period but, now once again healthy, Whittaker has his first title defence lined up and will headline February’s UFC 234 event from Melbourne opposite rival and fellow TUF coach Kelvin Gastelum.

Whittaker, who has won ten on the trot, will face a stern challenge in Gastelum who comes into the bout with successive wins against Michael Bisping and Ronaldo ‘Jacare’ Souza.

Whittaker initially won the UFC’s interim middleweight championship in a bout with Yoel Romero in the summer of 2017. A title defence against the same opponent was commuted to a non-title affair after Romero missed weight ahead of their rematch at UFC 235 in June.

Gastelum, meanwhile, could be considered a welterweight refugee having spent the majority of his career at 170-pounds. A series of issues making weight mandated his move up to 185 where he has lost just once — to former champ Chris Weidman.

UFC 234 takes place on February 10. No other bouts have yet been made official.