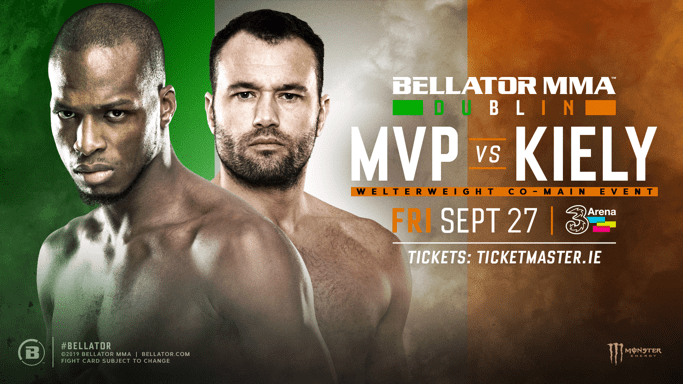 Ask and you shall receive.

For months SBG’s Richard Kiely has been calling for a bout with the UK’s flashy striker and one of British MMA’s biggest stars, Michael ‘Venom’ Page and per a release by Bellator officials on Wednesday morning, his request has made it all the way to Bellator’s matchmakers who have booked a bout between the two kickboxers to take place at Bellator’s Dublin event on September 27.

Page (14-1) comes into the bout on the back of the first defeat of his career, suffering a knockout at the hands of former champion Douglas Lima in Bellator’s welterweight grand prix – a loss which snapped a 10-fight win streak in the promotion. Kiely (3-1), meanwhile, is a noted striker in his own right was slated to face another striker, Galore Bofando, before that bout fell apart but he will now get his chance against another member of the London Shootfighters gym in Page.

The bout joins a card which will be main-evented by James Gallagher vs. Cal Ellenor while Peter Queally faces Ryan Scope. Several further bouts are expected to be released in the coming days and weeks.