Michael Bisping and Dominick Cruz nearly had a champion vs. champion fight in a nightclub. 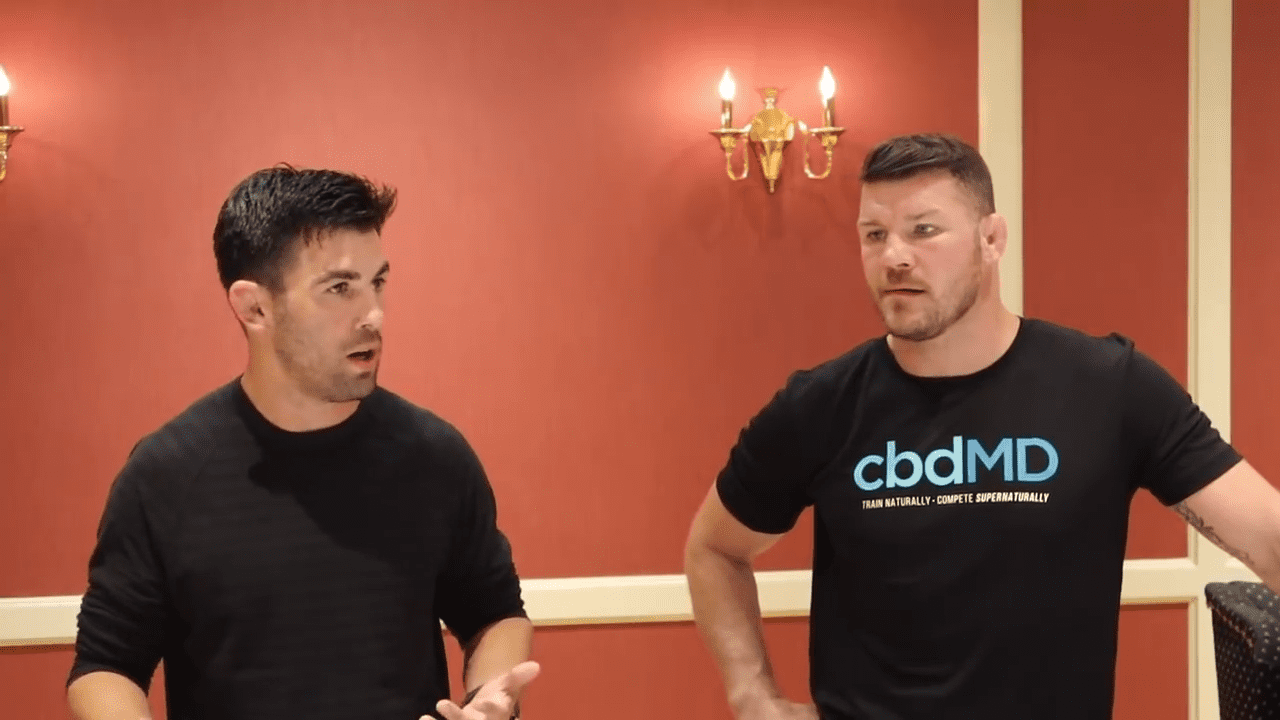 Michael Bisping and Dominick Cruz agree they nearly had a punch-up in a nightclub with each other. Past that point, however, and the perspectives start differ.

Luckily for MMA fans, Bisping invited his common Fox Sports co-host onto his Believe You Me Podcast this morning to resolve the matter — and it made for entertaining listening. What follows are the two arguments as presented. It’s up to you who’s telling the more believable version.

“I’ve worked with Dominick for a long time over at Fox, now with the UFC as well,” Bisping said. “Good dude. Great guy. But me and Dominick have this weird love-hate relationship. … There’s been several times where me and Dominick, after we’ve worked at Fox we’ve gone for a couple of drinks together — he legit, and you’ve got to love him for this, he legit thinks he can kick my ass. And every time we get into a slight difference, because Dominick’s very opinionated, we often differ on opinions, and he wants to get physical. He wants to throw down.

“He does this all the time. We were once out in Hollywood — I can’t even remember,” he continued. “He had many shots of tequila, as did I. And something happened, and he was like, ‘You want to punch me right now. Don’t you? You want to punch me’. It was like that scene in Stepbrothers. And I’m like, ‘No”.

“And he says, ‘Go on motherfucker. Swing a shot. By the time you swing on me, I’ll have hit you in the face six, seven times. You won’t be able to touch me’. I’m like, ‘What are you talking about Dominick, I am not going to punch you’. And then my older brother who had just got off a plane from England, who was very inebriated due to the tequila and the flight. And he’s like, ‘Woah, stop guys don’t fight’. … That’s just an average night out with me and Dominick.”

“We were already getting at each other all day,” Cruz said. “Just kind of throwing low blows all day long on TV. We all know Bisping can dish it out but he has a hard time taking it. So, after a while – pick, pick, pick, pick, pick – we get to the bar, he has a couple of champagnes. He’s like, ‘Oh ok, I’ll have a couple of these Champagnes. I’ll be alright.’ A couple of his friends fly in from Manchester, including his brother, and when they get there, you know Michael’s happy now. Now he’s really good.

“So a couple more champagnes went down and we’re drinking, we’re having fun, chilling, and we’re getting to this area where we’re all trying to figure out what we’re going to do and Michael looks at me and I said something pretty — probably a little below the belt. And he gets a little upset and he grabs me by my shirt, crinkles it and goes, ‘Listen you little shit! I’m not going to take you talking to me like that anymore’.

“While he’s looking at me, I kind of look behind me and I’m like, ‘Are you talking to me or the guy behind me?’ And then he fucking snaps. All of a sudden Jay Glazier comes in. He goes, ‘Hey!’ Jay Glazier separates us, and he’s looking back and forth with his arms out, all fat and out of shape, breathing hard out of his nose. ‘Listen guys, you can’t do this in here. This is my establishment. You can’t do this’.

“Then, all of a sudden, Michael Bisping’s brother comes out of nowhere and he goes, ‘Bisping, Bisping. Stop it! You’re going to get us in trouble. And Bisping just whap! Sleeps his brother in the middle of the club, just lays him out! I go, ‘Oh my God, that could have been me! Thank God I talked a little bit of sense to him because at first when he was yelling to me, I was like, ‘Go ahead, Bisping. If you want to do this, we can do this right fucking now.’ I was like, ‘We can do this, but I promise you, you’re going to swing, you’re going to miss, we’re in a small place, you can’t see very well, I’m going to hit you 10 times before you even hit me once’.

“He kind of looks at me and he thinks about like, ‘I’ll probably kill Dominick, but at the same time, he might have a point, he could possibly do what he just said.’ But that’s when his brother stepped in and he just slept his brother rather than taking the smart direction. He gets thrown out of the club, I stay there and Bisping goes and rips it somewhere else, has a blast living his good life. That’s the end of that story.”

For what it’s worth, both Bisping and his brother denied any sibling physicality (“he got a little slap”). In either case, does Cruz really think he can beat a former champion who at the time was over fifty pounds heavier?