Max Holloway versus Yair Rodriguez — an absolute striking scrap in the making? 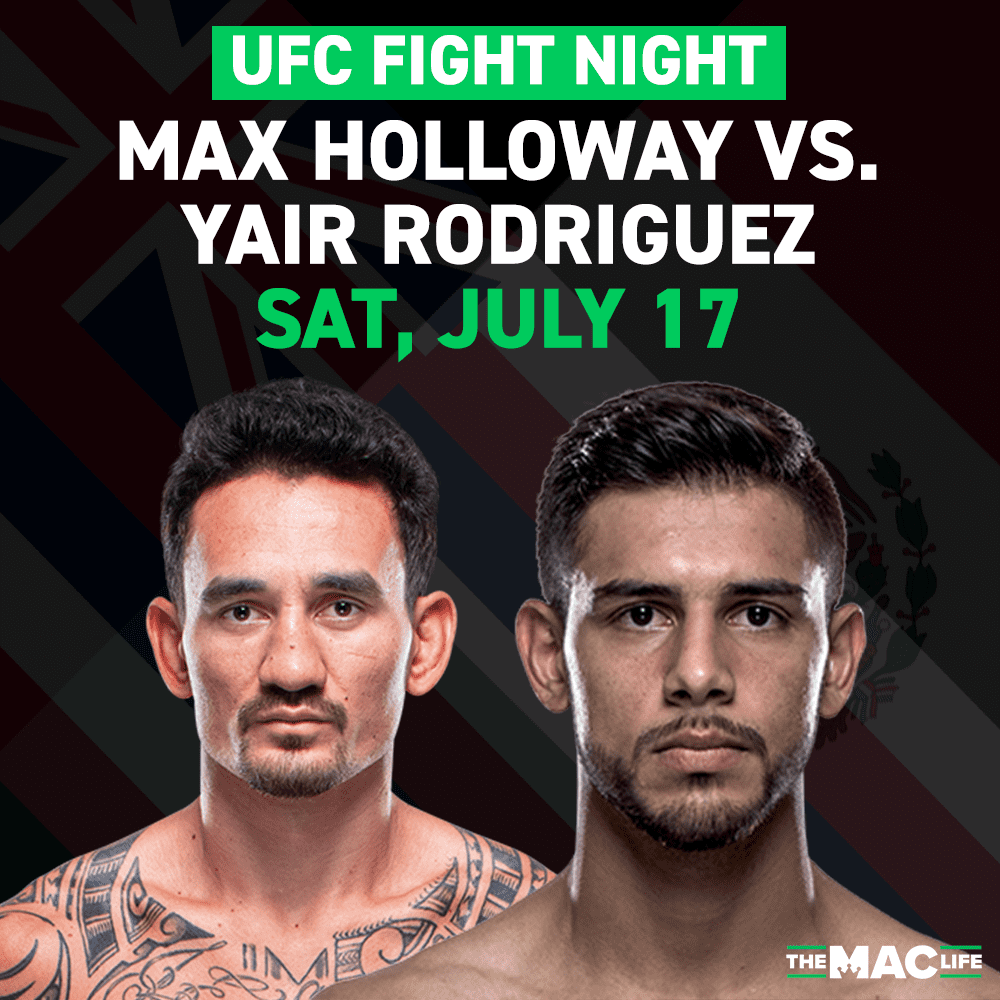 A striking firefight is on the way.

On July 17, Max Holloway will meet Yair Rodriguez in a five-round scrap that has a striking scrap all over it. The fight was first reported by Brett Okamoto of ESPN.

Holloway returns from the best performance of his career, an absolute destruction of Calvin Kattar in January. For Rodriguez, it’s his first contest since 2019, a win over Jeremy Stephens in Boston. The Mexican has been out of action through injury, as well a suspension from USADA after failing to repeatedly inform them of his whereabouts.

Holloway vs. Rodriguez could well be a battle of punching and kicking, with Holloway’s boxing considered some of the best in mixed martial arts, while Rodriguez has made his name with flourishing and flashy kicks.