Yamasaki came under criticism for failing to stop a women’s flyweight bout sooner. 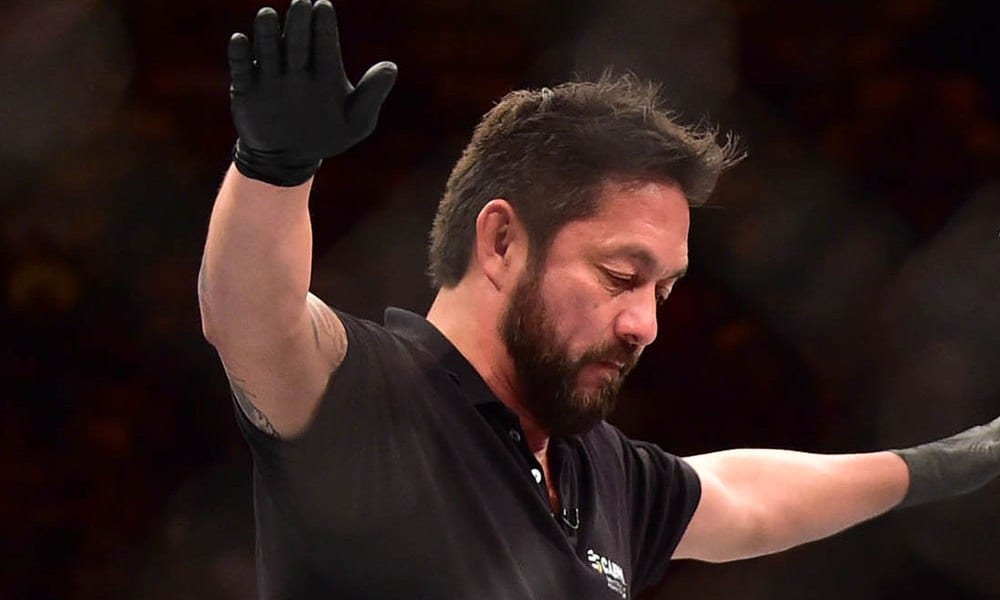 Mario Yamasaki has been a much maligned figure in the realm of mixed martial arts refereeing recently, a lot of which stemmed from his handling of the Valentina Shevchenko vs. Priscila Cachoeira at UFC Belem earlier this year.

Yamasaki officiated the women’s flyweight contest at the beginning of February, though it was apparent to most watching the bout that Cachoeira was overmatched against the former world title challenger Shevchenko before she was finished by rear naked choke late in the second round. Yamasaki came under tremendous criticism, not least from Dana White, following the bout for allowing Cachoeira to receive too much punishment.

“Priscilla Cachoeira, you showed so much heart and toughness in that fight,” White wrote on social media after the fight. “I’m honored to have you fight in the UFC. Unfortunately the ref is there to protect you and Mario DID NOT do that. This isn’t his first disgusting performance in the octagon. Another unfortunate thing is that i can’t do anything about. Only the Brazilian commission can and i am hoping after this scary, incompetent showing he hopefully will never set foot in that Octagon again.”

For his part, Yamasaki issued a statement defending his actions in the contest.

“During the second round, I signaled to ‘Pedrita’ that if she didn’t move I’d stop the fight, and every time I’d stop, I told her and she moved to try to escape from the punches,” the statement read. “Unfortunately, I also can’t control the number of blows thrown — again, when a fighter is trying to come back she’s game.

“Fighters go through times of hard effort and dedication to be there. MMA is a contact sport and no fighter likes his fight to be stopped with no chance to revert the result. In my opinion, I allowed Pedrita to be a warrior and keep fighting. I could have stopped the fight in the second crucifix or in the mount, but she moved the whole time.

“I also recognize that I should have stopped when she tapped the first time to the rear-naked choke. I only stopped a few seconds later. About other people’s opinions, it’s their right to say.”

However, speaking recently to MMA Junkie, Yamasaki says that he regrets this statement — and that he intends to attend a refereeing course instructed by John McCarthy.

“I should have stopped it a little earlier, but I didn’t,” he said. “If you count for 19 years I’ve been reffing, how many were controversial? Four? Five? But people always see mistakes,” he said. “There’s nothing I can do. I just have to focus and try not to make any early calls or late calls. Reprogram. Do my job, you know?”

Yamasaki also indicated that he won’t make himself available for UFC refereeing duties for a period of six months.