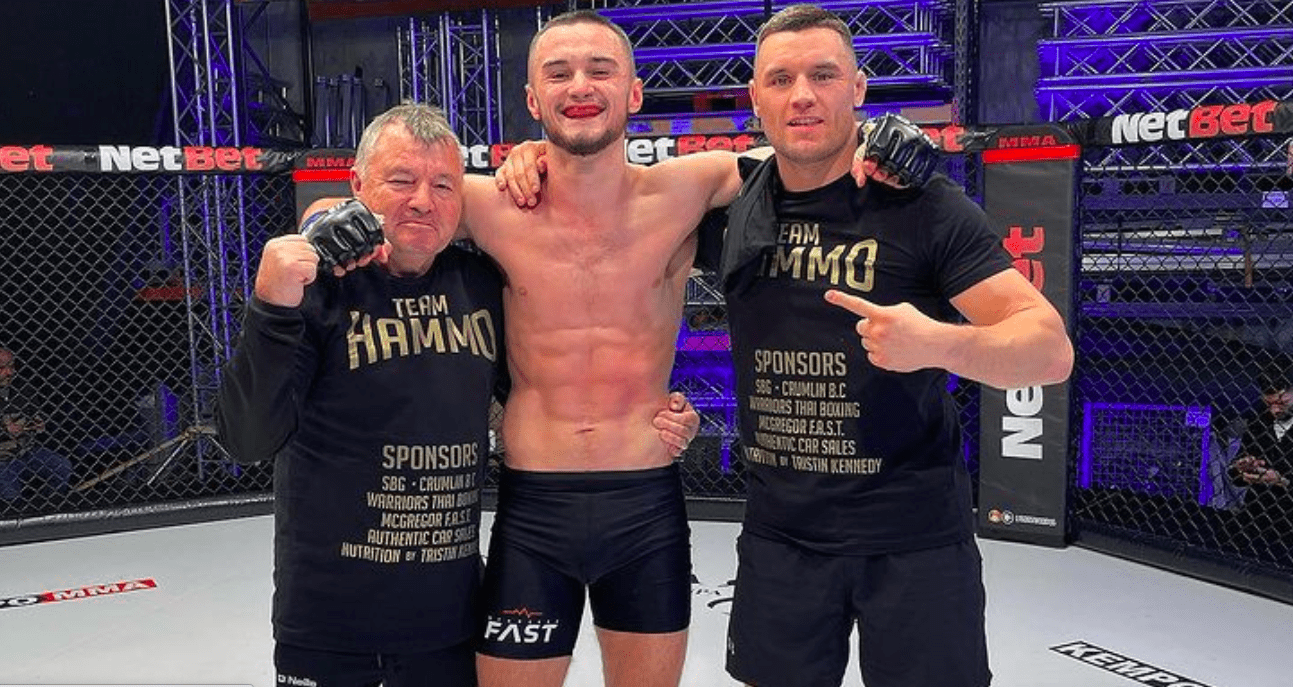 The SBG-trained fighter, who is a brown belt under John Kavanagh and a longtime training partner of Conor McGregor, defeated the previously unbeaten Ionuț Brostic by first round TKO in the lightweight co-main event of the Heroes Fight League 2 event from the Romanian capital.

Hammond, 25, is a former IMMAF gold medalist from the 2018 championships and has been primarily known as a submission expert throughout his 15-5 amateur career, claiming 11 of his 15 wins via submission with just one TKO on his record — but showcased the development of his game to take out the hometown fighter via strikes inside the opening five minutes.

His submission prowess was noted on the amateur scene, including scoring a slick submission later dubbed the “Hammoplata” in the first round of his successful stint in the 2018 IMMAF event.

The Crumlin native was joined cageside by friend and training partner Kiefer Crosbie, as well as Crumlin Boxing Club chief Phil Sutcliffe and will head back to his native country armed with his first senior win and an incredibly bright future in the professional ranks.

The win (obviously) moves Hammond to 1-0 in his career, while Brostic drops to 4-1.