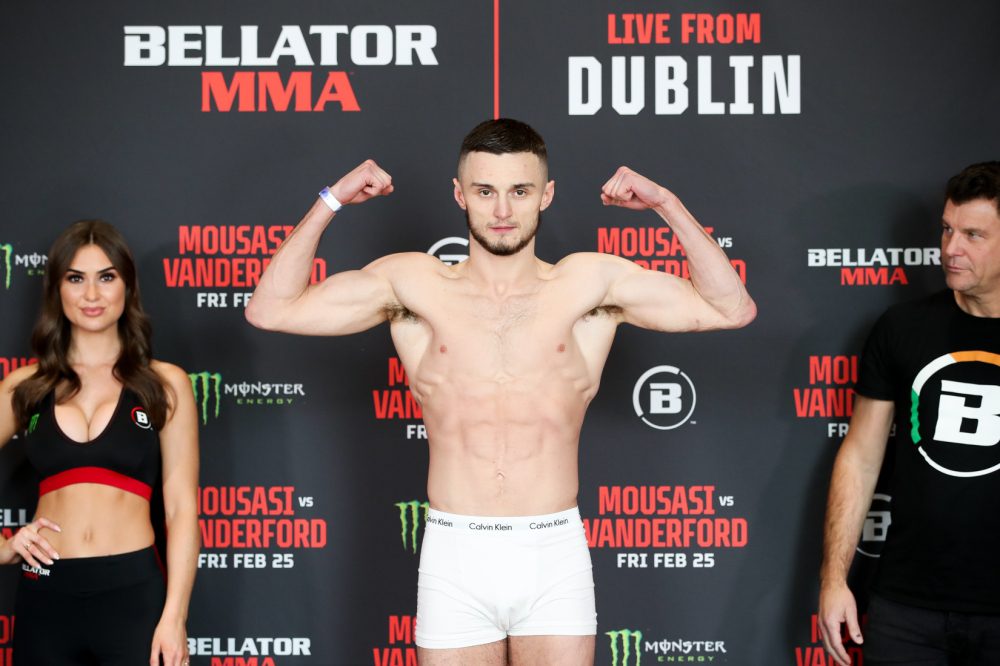 Hammond defeated the previously unbeaten Jamie Hay with strikes inside the first round, bringing a close to the contest with a flurry of undefended blows against the cage prompting the referee to step in at the 3.32 mark of the first frame. It is the second successive fight in which Hammond has won by strikes, and follows his career debut win at the Heroes Fight League 2 event in Bucharest, Romania last November.

What a statement from @LeeHammondMMA 💥🇮🇪

A perfect debut for the Irishman at #Bellator275. Watch LIVE on @BBCiPlayer and @VMSportIE. pic.twitter.com/UmTqPrLHRK

Interestingly, it now makes two wins from two in which Hammond, one of Ireland’s most proficient grapplers, has used strikes to get his hand raised — and it marks the second time that Hammond has ended the unbeaten record of his opponent after doing the same in his debut against Ionuț Brostic.

Conor McGregor, who is in attendance at the event, also joined Hammond in the cage afterwards to celebrate the win. Both Hammond and McGregor have been longtime training partners at SBG Ireland, with Hammond being drafted into McGregor fight camps on multiple occasions.