Kron Gracie thinks his boys success is something to be admired. 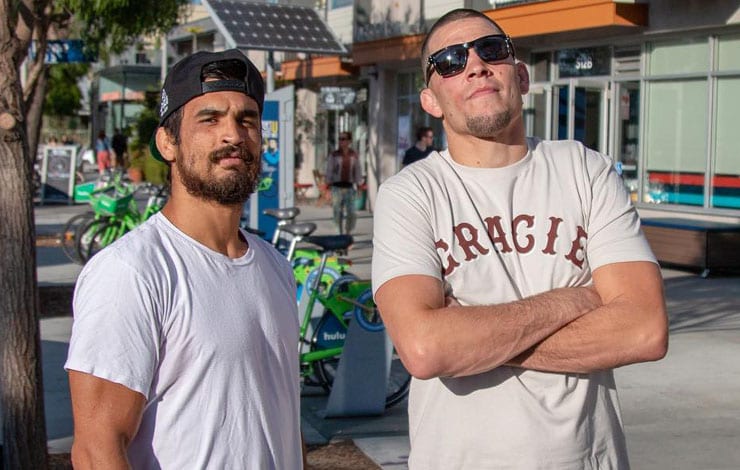 Kron Gracie thinks Nate Diaz’ ability to push through to the mainstream with nothing more than his own desire and charisma is a success story to be admired.

Gracie, who meets Cub Swanson at this weekend’s UFC Tampa, was asked about Diaz’ upcoming contest with Jorge Masvidal in the main event spot of UFC 244, and he was quick to offer praise of the situation.

“I think it’s beautiful,” Gracie said (H/T to MMAJunkie). “Nate’s finally getting what he wanted, the recognition that he deserves, and he basically took that. He didn’t ask nobody for no favors, and no one was giving him no time of day at a certain point. He basically took that into his own hands, the power of his mind and his training and his fights and everything, and he was like, ‘You know what, I’m going to just go take what’s mine.’ He did. That’s all thanks to him and his spirit.

“He created this belt out of thin air, and now it’s a belt. I saw it on ESPN, and it said ‘Masvidal is fighting for the BMF belt.’ On ESPN it was a little thing and I was like, ‘What the fuck? They’re fighting for a belt now?’ This guy is amazing. It goes to show. I don’t need to say how impressive that is and how much of a star he is. I knew that from the beginning. I knew what he was and how powerful him and his brother are.”