‘That kid should be ashamed’: Social media in outrage as clip emerges of MMA fighter tapping to choke moments before winning by TKO
Press enter to begin your search
MMA

‘That kid should be ashamed’: Social media in outrage as clip emerges of MMA fighter tapping to choke moments before winning by TKO

We’ve all heard about snatching victory from the jaws of defeat but this is ridiculous. 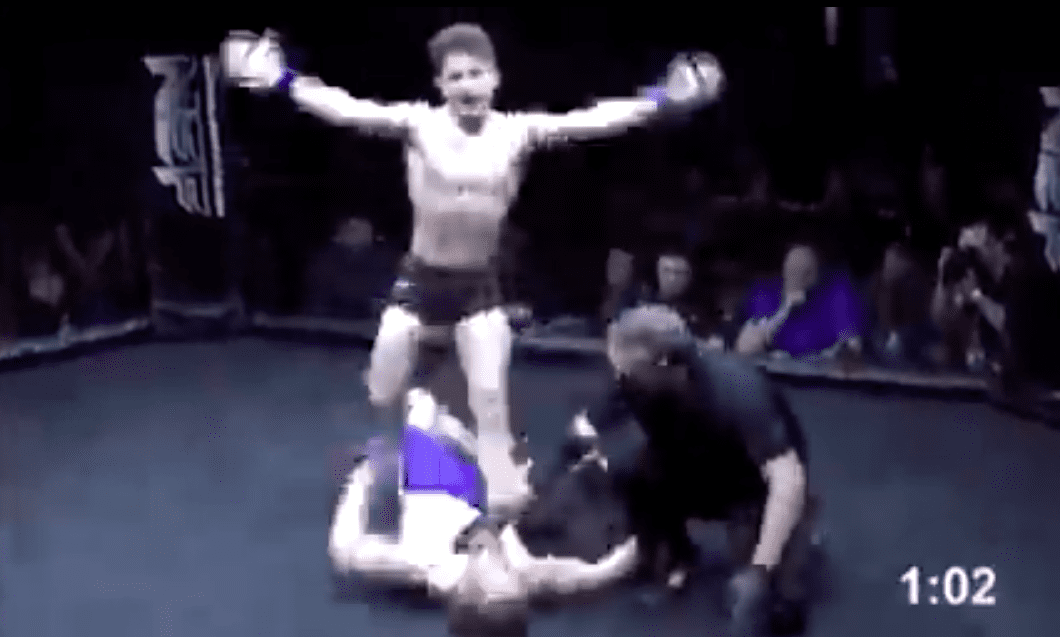 Those of us who have spent many a late night consuming a library’s worth of MMA content into the wee hours have probably come across a few bad stoppages in their time but this one might just take the top prize.

Earlier this month at a a mixed martial arts event in the northeastern United States dubbed ‘New England Fights 41: Collision Course’ an amateur bout took place between two flyweights. As you’ll see in the clip below one of the fighters, Caleb Austin, found himself caught in a tight guillotine choke.

The manoeuvre was obviously a tight one as Austin tapped — a signal which prompted his opponent to release the hold. Just one problem; the referee didn’t see the tap and motioned for the fight to continue as an opportunistic Austin grab his opponent, work to his back and pound out his foe until the referee decided enough was, eventually, enough.

Somewhere, a shiver has just gone down Steve Mazzagatti’s spine.

Now, all fighters are explicitly told to not stop fighting until the referee tells you to so one suspects that there was a big lesson learned in this one.

This is why you never stop fighting until the ref pulls you off, yikes! 😳 #supernecessary #NewEnglandfights #ufc #mma pic.twitter.com/jbxXnyj316

Wow that kid should be ashamed