Chimaev was open in the appraisal of his performance against Burns 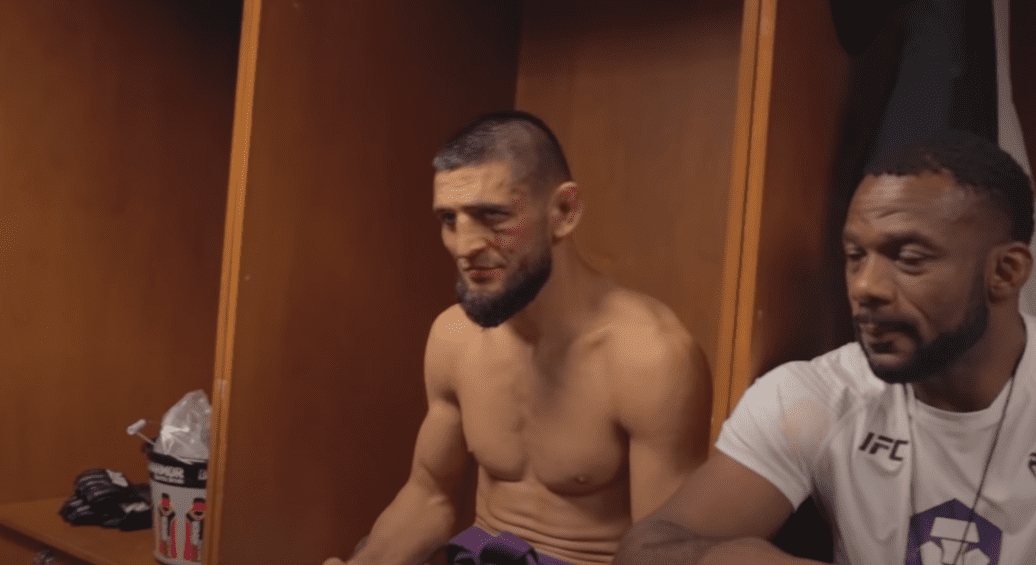 He had his hand raised in what is being described as an all-time classic fight, but Khamzat Chimaev has admitted that he is far from the finished article after Gilbert Burns pushed him to the limit at UFC 273.

Chimaev extended his unbeaten career record against former title challenger Burns in Jacksonville, Florida a couple of weekends ago but, to some at least, the mysticism that he had achieved in his prior four fights melted away in those 15 minutes against the Brazilian submission expert.

No longer can Chimaev say that he’s barely been punched, nor can he say that he’s never lost a round or indeed gone the distance in a fight — and while the experience will almost certainly prove invaluable as he continues his ascent up the rankings, ‘Borz’ was stark in his appraisal of the fight in a video posted to his YouTube channel.

“I feel sorry for my coaches,” he said.“They work hard with me. I made many mistakes, Go back and watch my fight, like I always do. I will work hard, more energy. I need to be, everywhere, black belt — striking, ground-and-pound, wrestling, grappling, whatever, everything. I will fix everything now. One way I’m happy and one way I’m mad.

“I’m mad because I couldn’t finish the guy.”