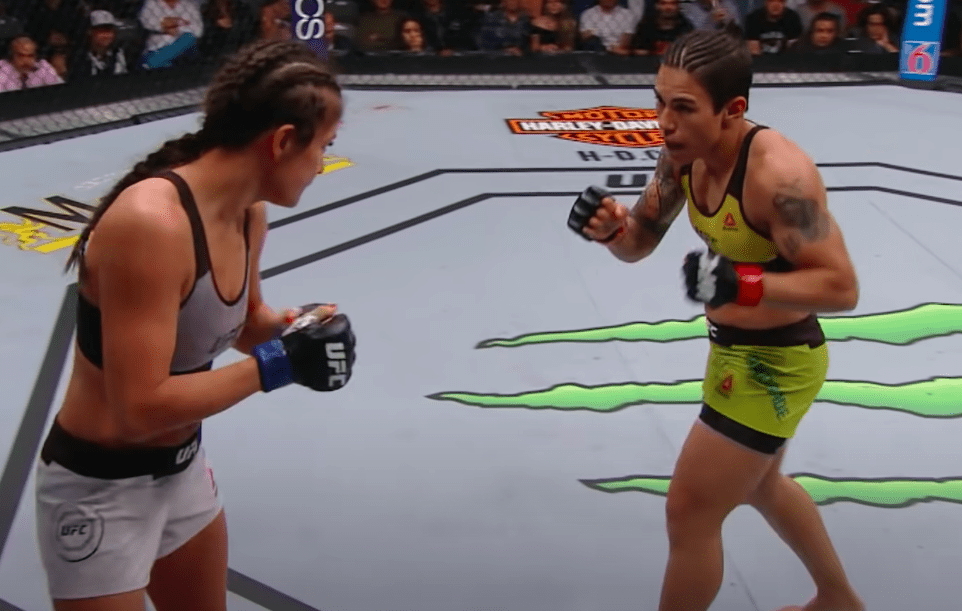 Jessica Andrade’s campaign to regain a world title continues this weekend in Las Vegas where she looks to end the unbeaten streak of her Brazilian compatriot Amanda Lemos.

Andrade, the only woman to hold a win against Rose Namajunas in the past five years, is a former strawweight champion but came unstuck in her last title bid when she moved up to flyweight to challenge the dominant Valentina Shevchenko but an impressive win against Cynthia Calvillo this past September showed that Andrade very much has designs on one again raising gold in the UFC.

For that desire to become a reality, she will likely have to show an impressive performance this weekend against Lemos, a fighter who has won five straight in the UFC and now has legitimate title aspirations of her own.