We’re nearing one of the most anticipated fights in recent times. 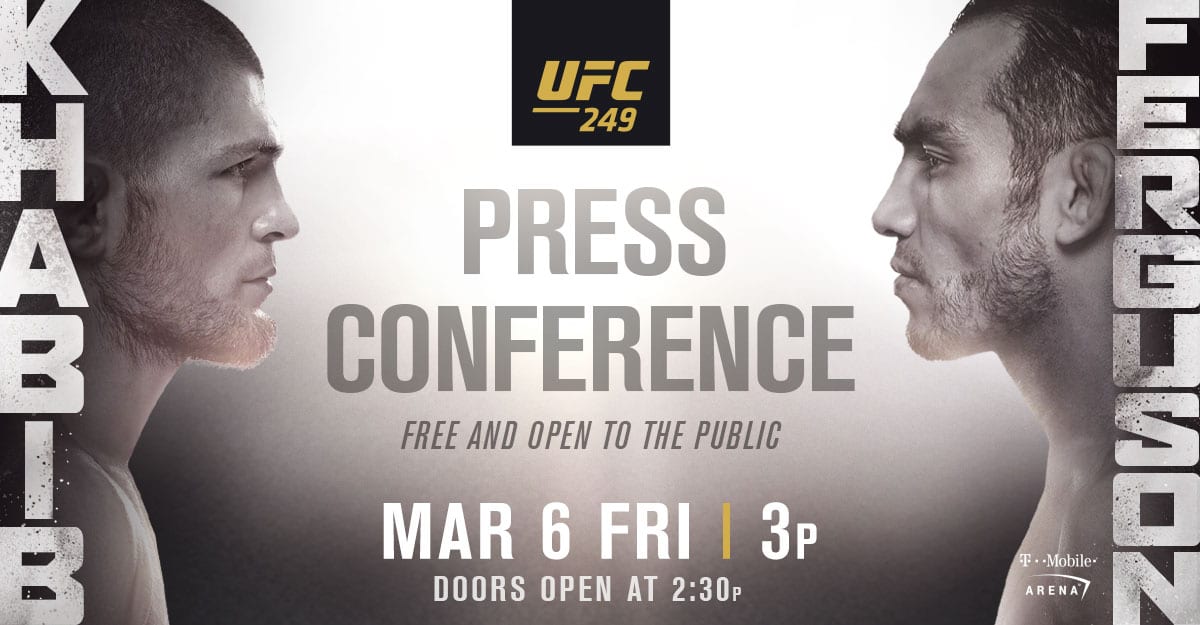 Khabib Nurmagomedov and Tony Ferguson will come face to face next Friday for the first time ahead of their April 18 contest.

The two are set to fight at UFC 249 in Brooklyn — the fifth time they’ve been scheduled to compete with each other — in one of the most anticipated lightweight contests of all time. Considering the pairs undefeated streaks, it’s being promoted as one of the most important fights available to MMA right now.

The UFC will hold a press conference for UFC 249 next Friday in Las Vegas, Nevada, ahead of the UFC 248 ceremonial weigh-ins. Doors open at 3p.m. PT.

In the co-main event, Jessica Andrade will rematch Rose Namajunas.

UFC® 249: KHABIB vs. FERGUSON will take place Saturday, April 18 at Barclays Center in Brooklyn, N.Y. and will stream live nationally on Pay-Per-View, exclusively through ESPN+ in the U.S. at 10 p.m. ET/7 p.m. PT in both English and Spanish.