Dustin Poirier has secured his shot at undisputed UFC gold. 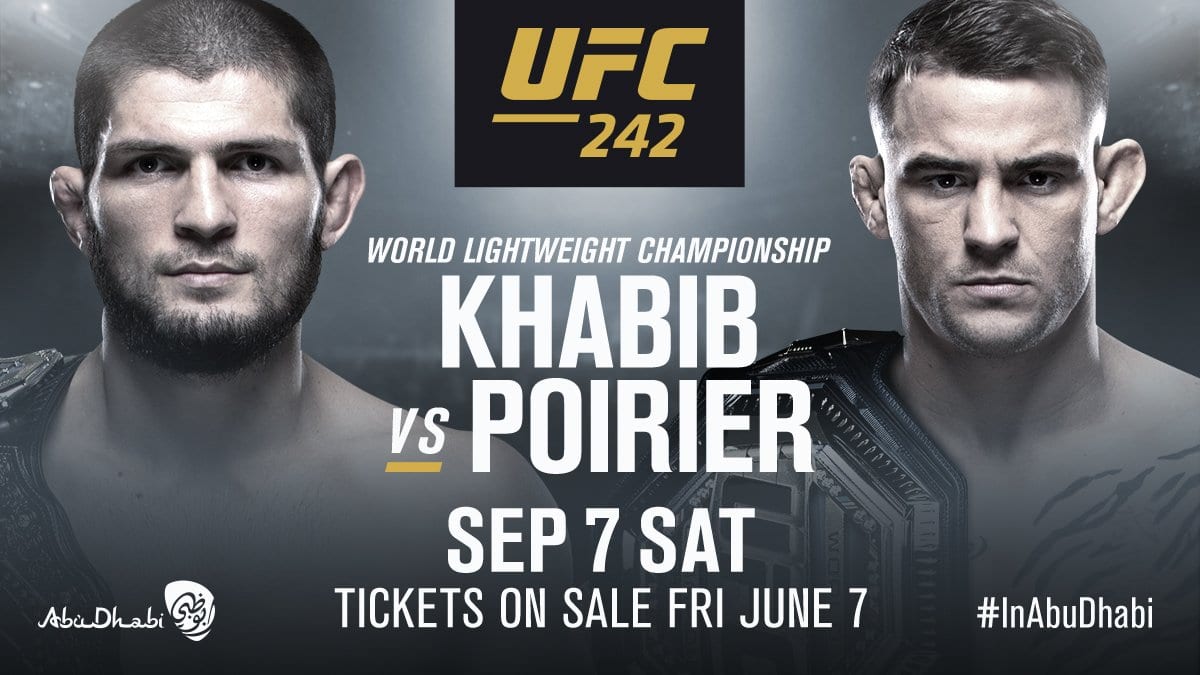 The worst kept secret of a UFC title fight in recent history has been made official, as the organisation confirmed Tuesday that Khabib Nurmagomedov will fight Dustin Poirier in the main event of UFC 242 in Abu Dhabi.

The fight seemed like an inevitability after Poirier claimed interim 155-pound gold after a unanimous five round decision win against featherweight king Max Holloway to claim interim lightweight gold in April and, despite recent statements from Nurmagomedov’s management that they expected to face either Poirier, Conor McGregor or Tony Ferguson in September, the promotion settled on Poirier for a variety of reasons.

The event will mark Nurmagomedov’s first performance since being suspended by the Nevada State Athletic Commission for inciting the post-fight melee which occurred after the final bell at UFC 229 last October.

Poirier has been in fine form recently. His win over Holloway was preceded by notable victories against former world champions Eddie Alvarez, Justin Gaethje and Anthony Pettis. He has been defeated just once — a knockout loss to Michael Johnson — since a TKO defeat to Conor McGregor in September 2014.

The venue or co-main event for the card has yet to be announced but updates are expected from the UFC in relation to that in the coming days.