Nurmagomedov announced his retirement from mixed martial arts moments after his second round submission of Justin Gaethje at UFC 254. 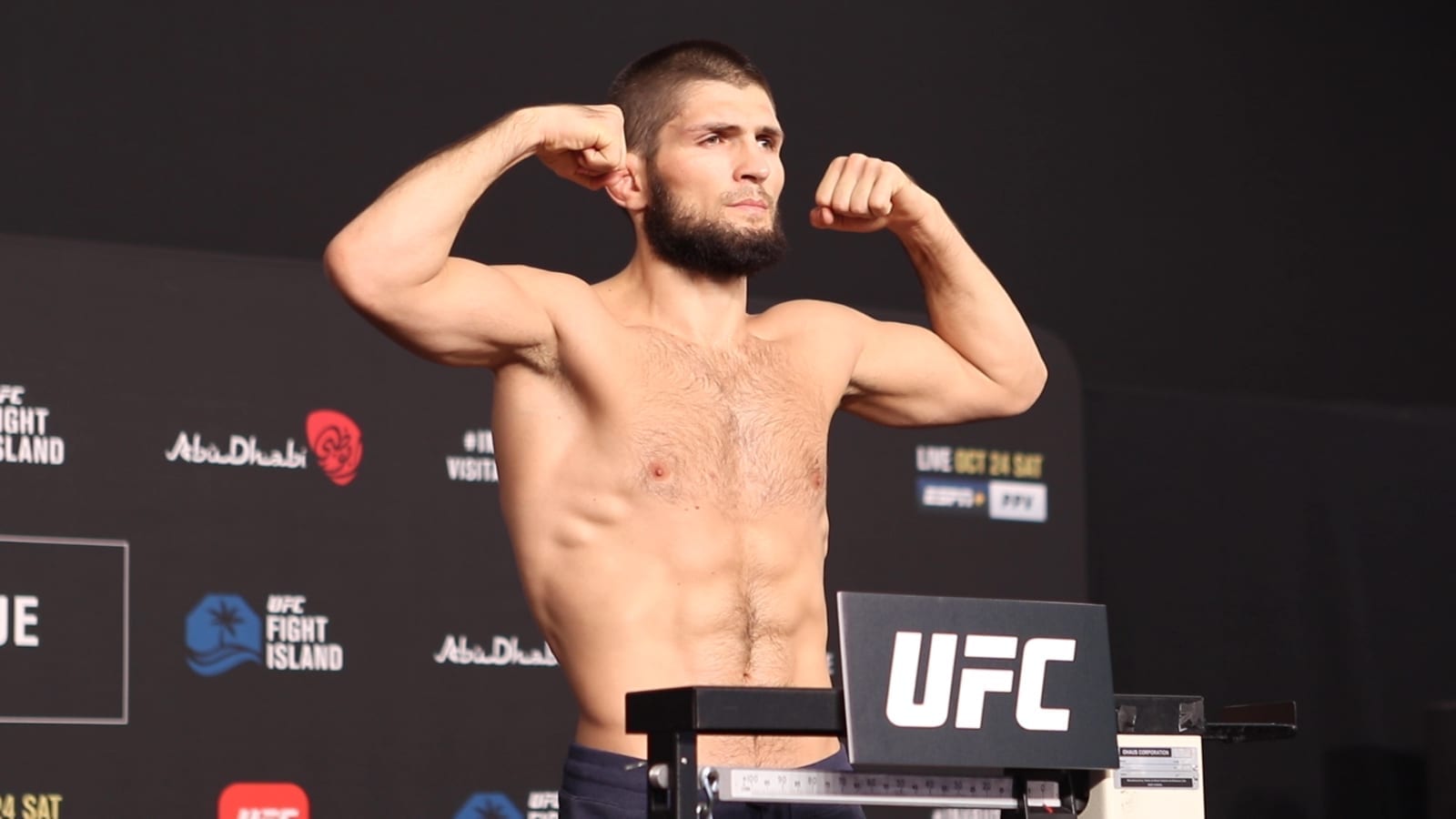 Khabib Nurmagomedov successfully defended the UFC lightweight title against Justin Gaethje on ‘Fight Island’, and swiftly announced his retirement from the sport.

After a close first round in which Gaethje frequently threatened but which was edged by the Russian, he soon brought the fight to the ground early in the second and after mounting Gaethje, transitioned to a mounted triangle to which Gaethje tapped soon after.

Immediately after the fight, Nurmagomedov dropped to his knees and wept as he fought for the first time since the passing of his father and coach Abdulmanap, who passed away due to complications from the coronavirus earlier this year. He then motioned to his corner to help him remove his gloves — often a sign of a combat sports retirement — and he confirmed moments later to UFC commentator Jon Anik that he was indeed ending his career.

“Today I want to say this was my last fight,” an emotional Nurmagomedov said. “No way I’m going to come here without my father. It was first time after what happened with my father, when UFC called me about Justin, I talk with my mother three days. She doesn’t want me to go fight without my father but I promised her it was going to be my last fight.

“If I give my word, I have to follow this. It was my last fight here.”

The win moves Nurmagomedov to a career record of 29-0 and he becomes the first reigning UFC champion to have exited the sport unbeaten. Gaethje, meanwhile, falls to 22-3 after the defeat and drops a few rungs on the ever-expanding list of contenders at 155-pounds.