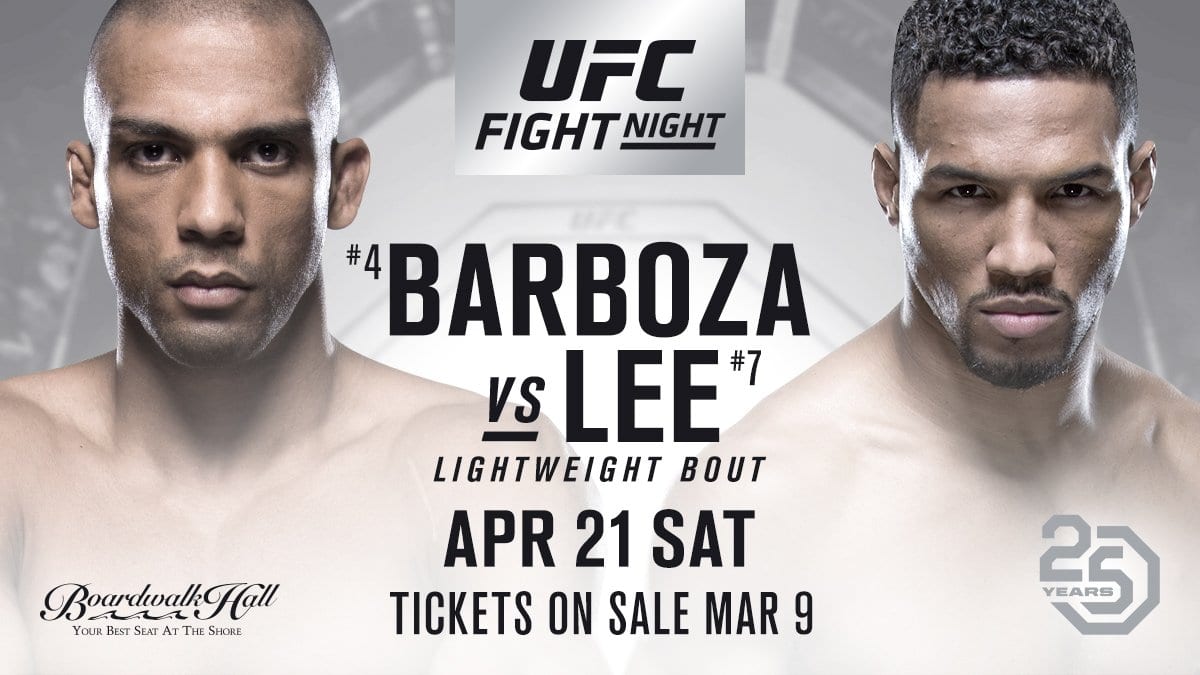 A lightweight showdown between contenders Kevin Lee and Edson Barboza has been confirmed for the UFC’s trip to Atlantic City on April 21st.

Ariel Helwani of MMAFighting.com first reported that the bout was in the work five days ago and it was confirmed by UFC officials overnight via social media. While not yet confirmed, it is likely that it will serve as the main event for the card in Atlantic City.

Both fighters, considered among the best at 155-pounds, are looking to re-establish their title credentials following losses in their last bouts. Barboza (19-5) is rebounding from a one-sided defeat to Khabib Nurmagomedov at UFC 219 on December 30th, a fight which ended a three fight win streak which included wins against former world champions Anthony Pettis and Gilbert Melendez.

Lee (16-3) , meanwhile, was submitted by Tony Ferguson in the third round of their of the meeting at UFC 216 in September in an interim lightweight title bout — snapping a five fight win streak of his own.

The winner of the bout will likely be once again counted among the top contenders at 155-pounds in a division seeking clarity from the upcoming bout between Ferguson and Nurmagomedov, as well as champion Conor McGregor’s impending return.