After all the twists and turns, Jorge Masvidal will be fighting Kamaru Usman after all. 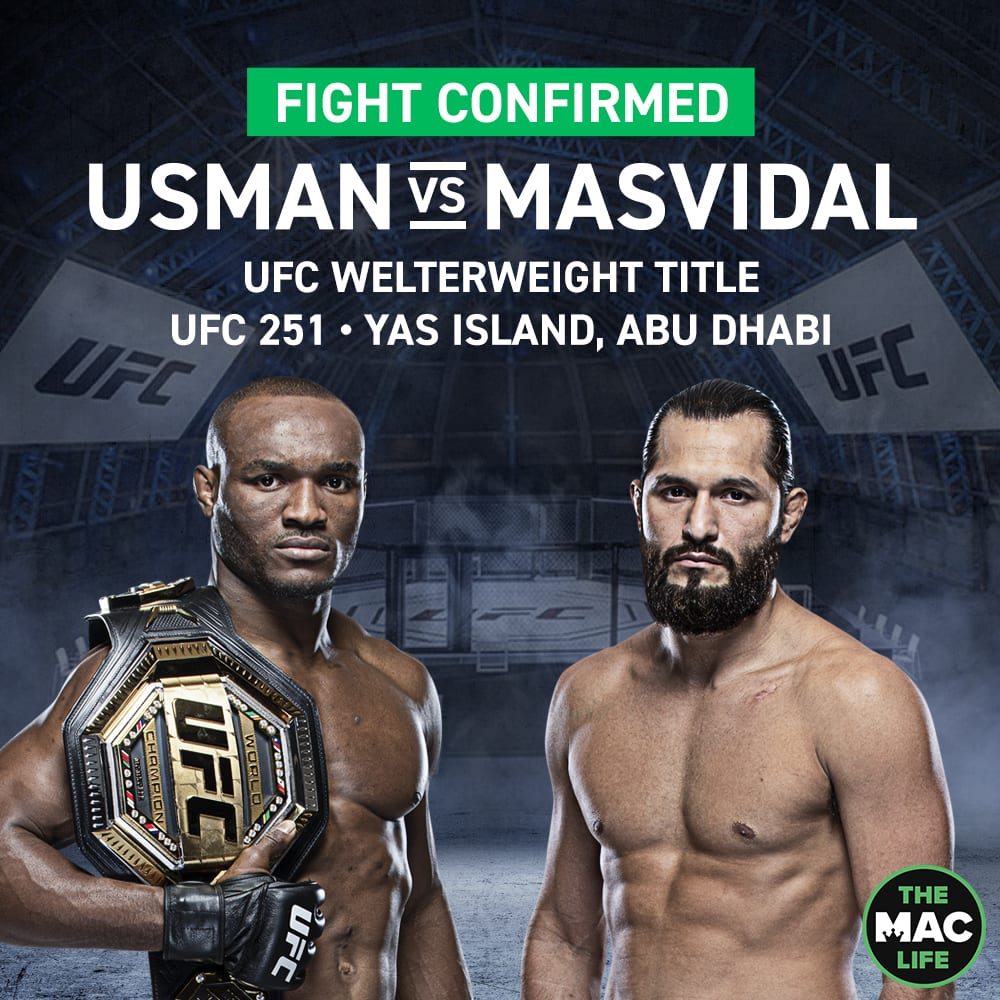 Kamaru Usman vs. Jorge Masvidal is back on.

Masvidal has agreed to terms with the UFC to meet Usman in the main event of UFC 251 next Saturday in Abu Dhabi, bringing confirmation to one of the most anticipated clashes of the year. ESPN’s Ariel Helwani first reported the news.

The fight will go ahead per the results of a coronavirus test for both Masvidal and Usman. Both men took the test in Las Vegas earlier today. Should that return negative, they’ll fly to Abu Dhabi tomorrow.

Masvidal will replace Gilbert Burns as challenger after Burns tested positive for Covid-19 ahead of travelling to Yas Island.

Masvidal and Usman have long been on a collision course. The two have been barking back and forth for the better part of a year now, a dynamic which nearly saw them turn physical at a media day earlier this year ahead of the Super Bowl.

At that time, it seemed a no brainer the two would face each other for the welterweight title in the summer, but negotiations between Masvidal and the UFC eventually turned sour, which in turn lead to Gilbert Burns stepping in to fight the champion.

After Burns fell out, however, the promotion had just one way to turn.

Masvidal became one of mixed martial arts biggest stars last year after an exceptional run that saw him defeat Darren Till, Ben Askren and Nate Diaz. Should he defeat Usman and become the UFC’s 170-pound champion, it’s likely he would enter rarified air in terms of star power.

For Usman, it’s his second title defence in a return from a name-making showing against Colby Covington in December.