Jon Jones is finding the disrespect from contenders a little bit tiring. 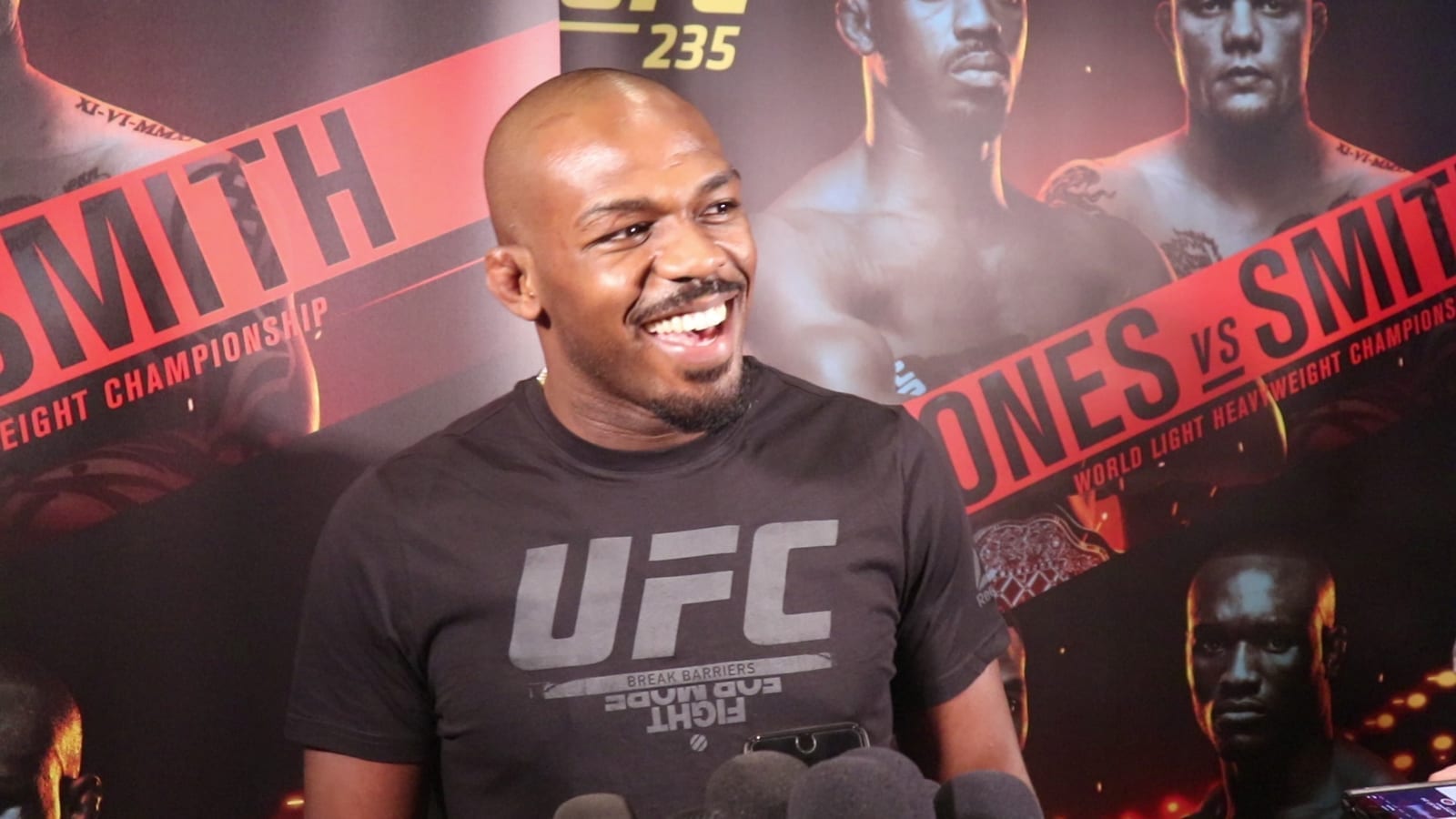 Jon Jones is getting a little bit tired that his opponents (both past and potential) aren’t showing him more respect before their contests.

The controversial UFC light heavyweight champion took to his social media today to send an answer towards former foe Anthony Smith, who recently did an interview with Submission Radio where he pledged he’d end up back in the Octagon with the champion and right the wrong he perceives his loss to Jones was.

“Anthony Smith in a recent interview: “I’ve said it over, and over, and over again: I’m coming, and there’s no one who’s gonna stop me.” 😩🤫” Jones tweeted.

Anthony Smith in a recent interview: “I’ve said it over, and over, and over again: I’m coming, and there’s no one who’s gonna stop me.” 😩🤫

From there, Jones also took a moment to address other 205-pound contender Corey Anderson, noting that the number 8 ranked light heavyweight had also been making a few choice comments in Jones’ direction.

Why does these guys have to talk smack before taking their L? And then after the fight I go on with good sportsmanship and say nice things about them. 😩 It’s getting old

Yeah let’s @ him and get him some follows today. Help a brother out https://t.co/17e3uQBZcd

I get it, just wish these boys would let their skills speak for them. For these guys to be considered some of the toughest men/athletes in the world, most of them act like little bitches. Always with the bark and very little bite https://t.co/WPnc7hxfQN

Yeah I know very little about him but I’ll definitely expose his ass. He might want to tell his wife to stay home in December. https://t.co/sdrVAxj94s

The past to which Jones references is his repeated controversies.

During his career, Jones has had multiple run ins with the law, banned substances and recreational drugs. He’s had his UFC title stripped of him twice, and has been suspended from active competition for extended periods of time.

Since his return last December, however, Jones has repeatedly stated those issues are behind him and has now become one of the most active champions on the UFC roster.