Jon Jones fires back at Anthony Smith: “A douche bag more like me could’ve completely had his way with you all night”
Press enter to begin your search
MMA

Jon Jones fires back at Anthony Smith: “A douche bag more like me could’ve completely had his way with you all night”

Jon Jones has fired back at Anthony Smith. 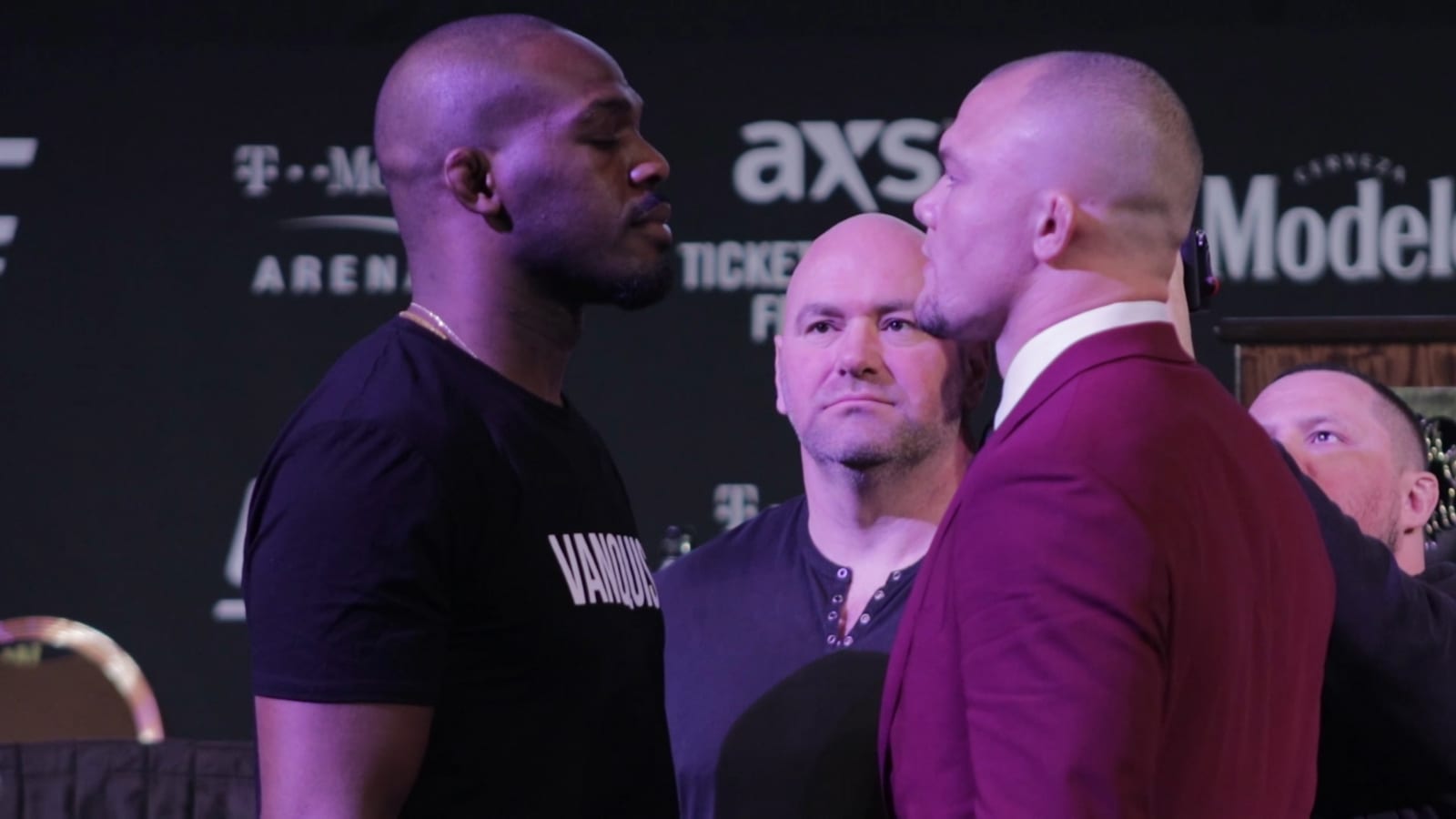 Jon Jones and Anthony Smith are apparently in a war of words.

In a response to Smith’s labelling of him as a ‘douche bag’, Jones took to his social media earlier to fire back at the 205-pound contender, with a comment on Smith’s recent home invasion.

“Anthony If you’re going to leave your garage door open all night, hurry up and [buy] the family a gun, some mace or something,” Jones wrote. “A douche bag more like me could’ve completely had his way with you all night, that could’ve been bad for everyone.”

Shortly after posting the above message, Jones deleted it — something he’s done on many occasions — but this time made sure to note he was doing it intentionally, not out of embarrassment.

Get your screenshots, here comes the delete 🔥

This is my favorite part

2020 message sending. Leave something up for five minutes and let social media do the work for you.

The conflict arose after Jones said he was glad Smith wasn’t harmed in the break-in, but that if it had been his home someone came into, they wouldn’t have left walking.