In essence, it looks like we have a mini four-man light heavyweight tournament set up for next year. 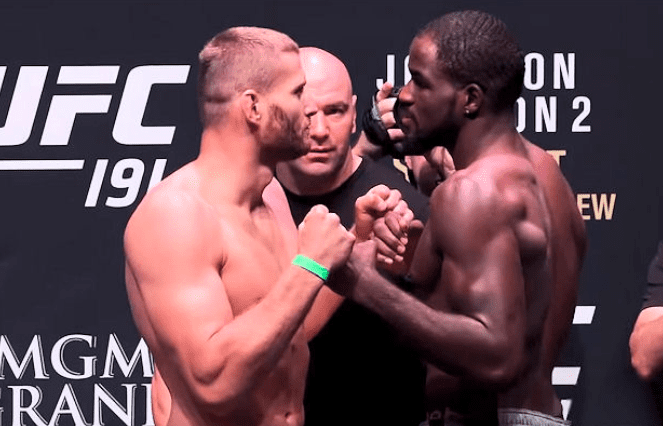 There appears to be something of a mini light heavyweight tournament slated for next year after sources close to the UFC state that the winner of the February 8 title bout between Jon Jones and the undefeated Dominick Reyes will take on the victor of rematch between Jan Blachowicz and Corey Anderson slated for a week later, February 15.

Jones will make his return to action at UFC 247 in Houston, Texas in what will be his first fight since a tricky split decision win against Thiago Santos at UFC 239 during the summer and if he gets through that challenge, all eyes will be on the card slated for a week later in New Mexico which, per reports from ESPN, is to feature the Blachowicz-Anderson sequel which is understood to be a number one contender fight.

Blachowicz will enter the bout in the midst of best run of his UFC career to date. The former KSW light heavyweight champion has been victorious in six of his last seven fights which includes high profile wins against the likes of Ronaldo ‘Jacare’ Souza, Luke Rockhold, Jimi Manuwa and Jared Cannonier.

We back baby! . . . . . Felt good to get back on the mats to let the hands and kicks fly. Today we added another piece to the mold of the next level of Overtime. Constantly growing and developing. The moment we stop building the game is over! . . . . #ufc #grindin #work #focus #martialartist #mixedmartialarts #mma #theboys #strapseason #readytoeat #letmeloose

Corey Anderson, meanwhile, has won four in succession in the UFC including a surprise first round knockout of surging contender Johnny Walker, a fighter who was the presumptive next challenger to Jones beforehand.

The card, which will be a UFC Fight Night on ESPN+, will take place at Santa Ana Star Center in the Albuquerque suburb of Rio Rancho and marks the firs time that the promotion has held a card in the region since 2014.