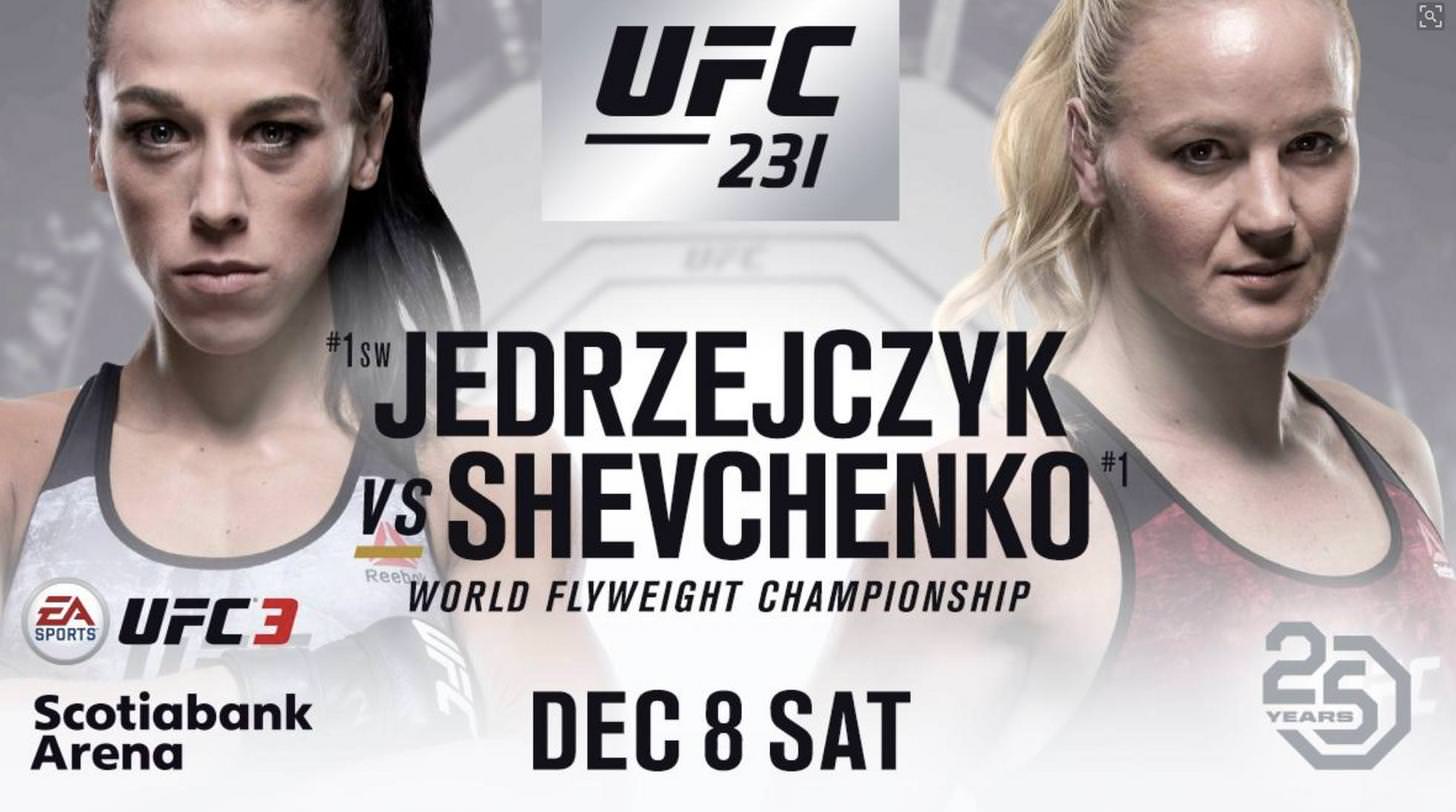 It had been reported, and now it’s been confirmed. Joanna Jedrzejczyk will move to 125-pounds to meet Valentina Shevchenko for the vacant UFC women’s flyweight championship.

The UFC had been searching for an opponent for Shevchenko ever since previous champion Nicco Montano was forced to withdraw from a scheduled contest at UFC 228 following weight cut complications. During that search, it didn’t take long for both Shevchenko and Jedrzejczyk to admit their interest in a potential showdown.

What a fight for Toronto 🇨🇦! @JoannaMMA battles @BulletValentina for the vacant flyweight title at #UFC231! pic.twitter.com/YXIiuK0Vla

Tonight, the UFC confirmed that fight would be taking place, with former strawweight champion Jedrzejczyk moving up from 115-pounds to 125-pounds to meet Shevchenko at UFC 232 in Toronto, Canada.

Interestingly, it’s far from the first time Jedrzejczyk and Shevchenko have crossed paths, with Shevchenko owning three victories over Jedrzejczyk in Muay Thai.