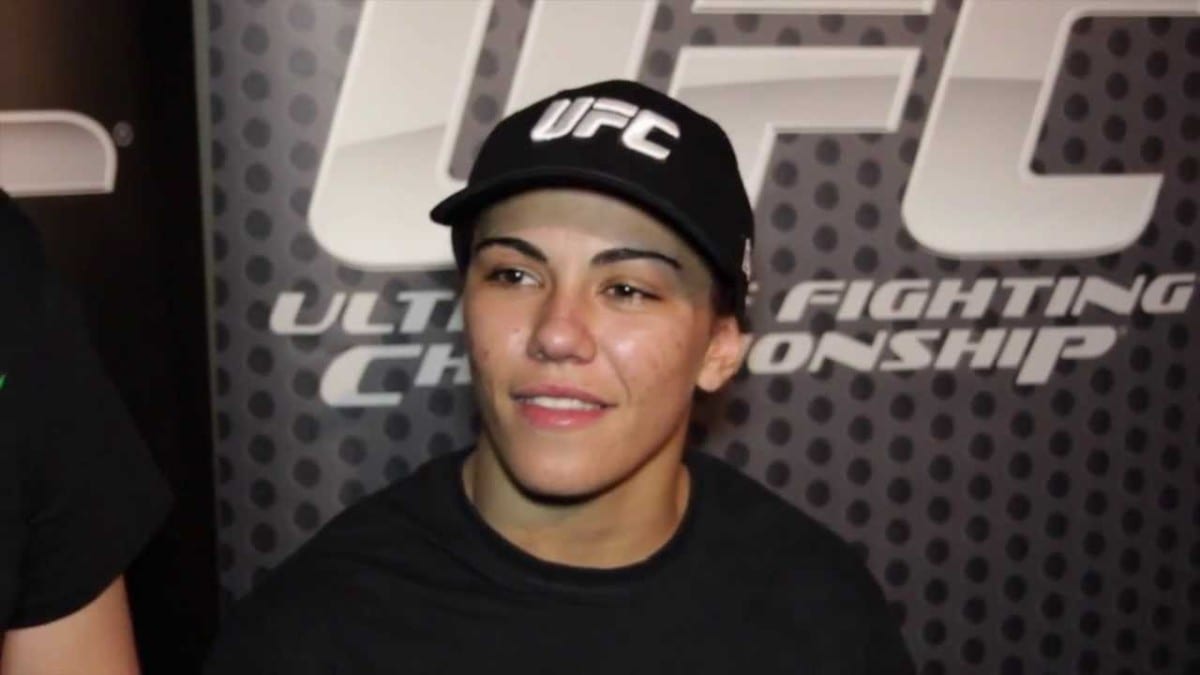 Jessica Andrade will challenge Joanna Jedrzejczyk for the UFC women’s strawweight title following her impressive victory over Angela Hill at UFC Fight Night 104 in Houston on Saturday night, it has been confirmed by UFC president Dana White.

Andrade improved to a 3-0 in the female 115-pounds fold, having previously begun her UFC tenure 20 pounds north in the bantamweight division, in the back-and-forth contest with the Invicta FC champion which earned them both Fight of the Night honours.

Speaking to FOX Sports after the event, Dana White said that Andrade’s victory — and the manner in which she earned it — has convinced him that a bout with the dominant Polish champion Jedrzejczyk makes sense for all concerned.

“I mean when you see the way she fought tonight just imagine those two squaring off in there”, White said.  The absolute war that will be. That’s gonna be a fun fight.”

“In the women’s divisions, that’s one of the greatest fights you’ll ever see”, White said reflecting on the Andrade vs Hill bout. “I mean, that fight was incredible. Both girls were getting hit with bombs. What a great fight.”

And, fingers crossed, we can expect more of the same when Andrade laces up her gloves against Jedrzejczyk.