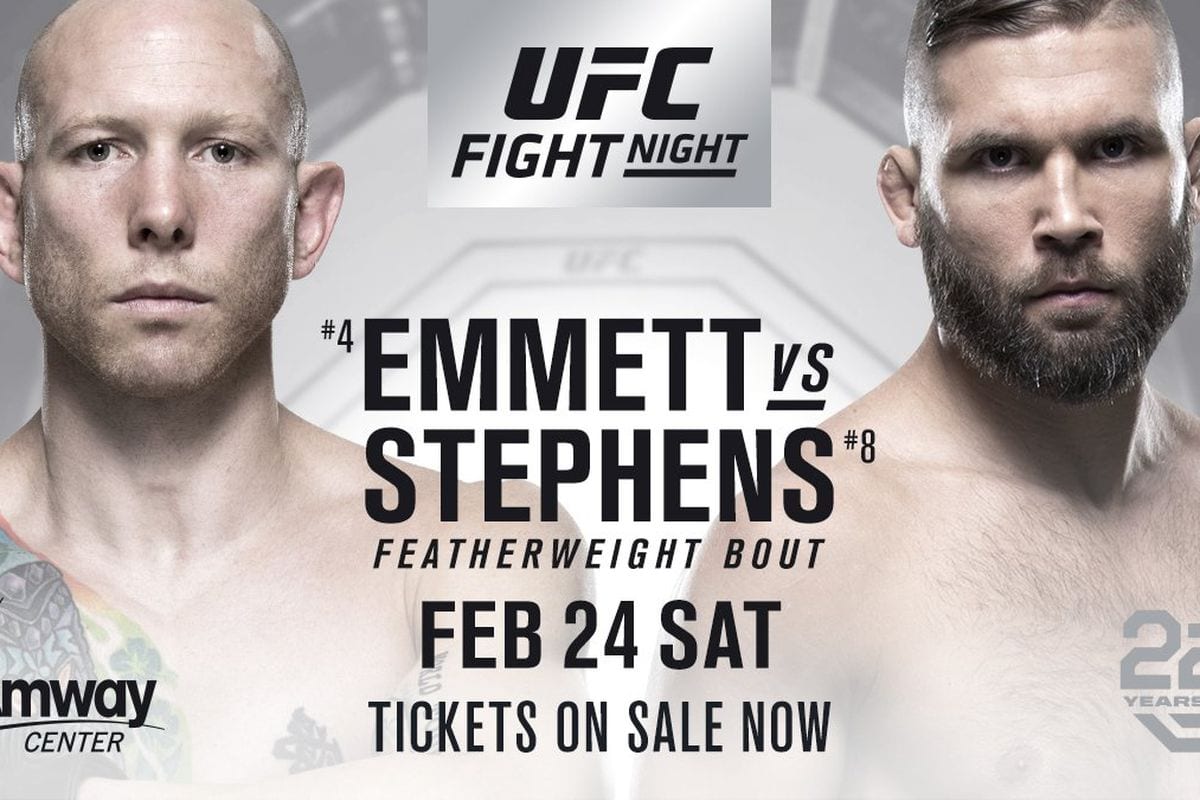 The UFC on FOX 28 featherweight main event between ranked contenders Jeremy Stephens and Josh Emmett is official after both fighters made weight at this morning’s weigh-ins in Orlando, Florida.

UFC veteran Stephens is chasing his third successive win following decisive victories against Doo Ho Choi and Gilbert Melendez but in his way stands the impressive Team Alpha Male standout Josh Emmett who catapulted himself into featherweight contention with a stunning first round knockout of perennial contender Ricardo Lamas in December.

Elsewhere on the card the always entertaining Mike Perry looks to rebound from a loss to Santiago Ponzinibbio when he takes on Max Griffin to open the main card. Ovince St. Preux will look to build on the momentum of his head kick knockout of Corey Anderson at UFC 217 when he faces Ilir Latifi.

The other bout on the main card is a women’s strawweight contest between Jessica Andrade and Tecia Torres.

All eight fighters on the main card successfully made weight.

Just one fighter failed to tip the scales at his contracted weight. Alex Perez was 0.5 of a pound over the 126-pound flyweight limit for his bout with Eric Shelton. The bout will go ahead as planned and it is understood that Perez will be deducted 20% of his purse.

Earlier this week a lightweight fight between Gilbert Burns and Olivier Aubin-Mercier was scrapped after medics determined that Burns would have endangered his health had he attempted to make weight.

The full weigh-in results for UFC on FOX 28 from Orlando, Florida are: