Could the nickname ‘Joanna Champion’ be back in use later this year? 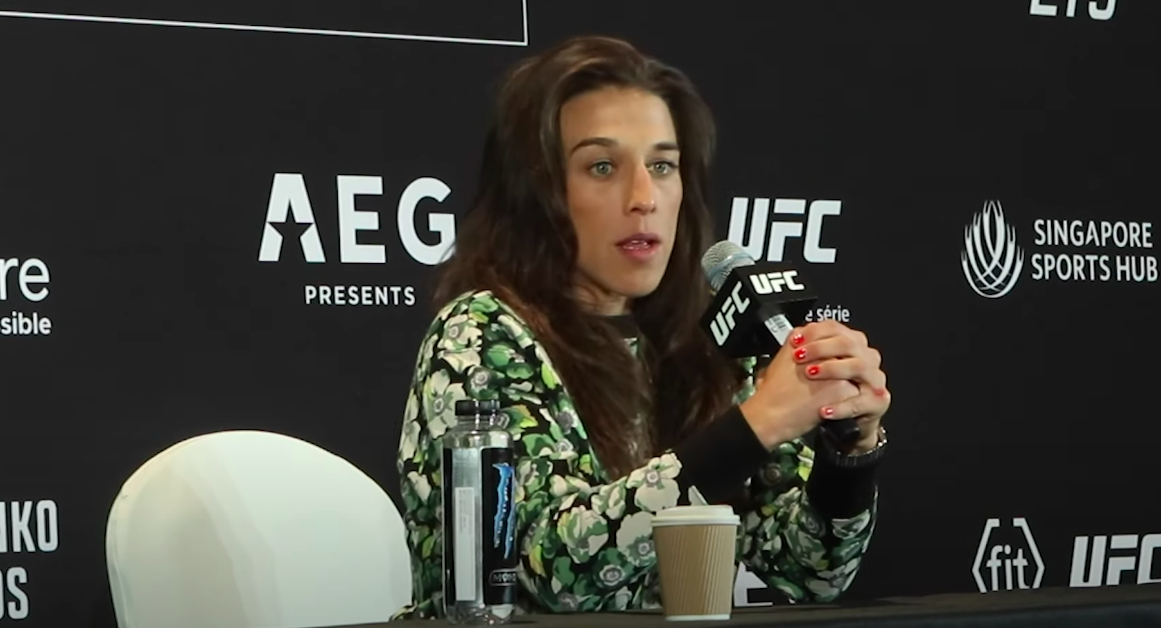 First is the concept of redemption. We haven’t seen the Polish star in the cage since March 2020 in her ‘Fight of the Year’ first showdown with Zhang, a clash which is often cited as being the best women’s MMA bout in history, and Jedrzejczyk’s competitive spirit will no doubt be keen to even the series at one win apiece.

Next up is what a win means. The identity of the current champion at 115-pounds, Carla Esparaz, has served to reignite Jedrzejczyk’s title ambitions. A third fight against former champ Rose Namajunas is a tough sell given how the first two encounters transpired, but Esparza — whom Jedrzejczyk already holds a dominant victory over — represents an opportunity.

And speaking to the media, including TheMacLife, in Singapore this week, Jedrzejczyk confirmed that her eyes are back on the gold.

But back to the business at hand. Zhang is as tough a fighter as there is in women’s MMA and Jedrzejczyk says that this is the only type of challenge she wants at this stage of her career.

“I know there’s lots of talk about other girls, who should get the title shot, but there are girls and then we show up. Me, Weili, Rose, we put on a hell of a fight every time, you know. And this is what this business is about. It’s not about boring fights, it’s not about just fights, it’s about being the best every single time you step in there. That’s the thing.”