Jared Cannonier says he has ‘earned’ a shot against Israel Adesanya 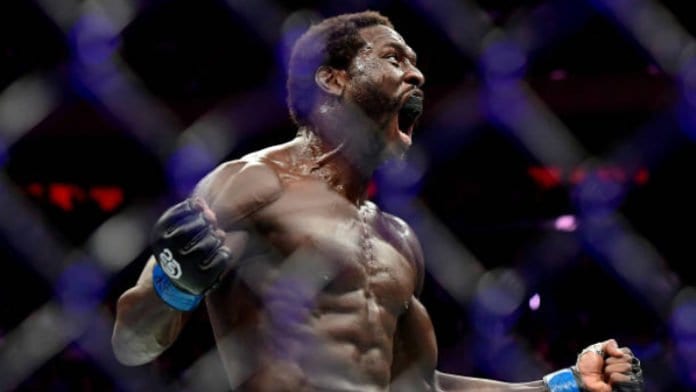 Now with two wins against Robert Whittaker under his belt, it’s looking more and more like Israel Adesanya has ‘lapped’ the competition at 185-pounds.

One man he has yet to test himself against, though, was the other middleweight to pick up an impressive win on the UFC 271 main card — Jared Cannonier.

Cannonier, a veteran of three separate weight divisions in his UFC run, finished fellow veteran Derek Brunson via vicious ground n’ pound elbows in the second round of their fight to claim his fifth win in his last six outings and speaking to Ariel Helwani on The MMA Hour this week, the 37-year-old said that his recent efforts are enough to earn him a shot against the champ.

“I know I earned it. But if they choose [Sean] Strickland over me, it would say something to me. It could be my ego saying thinking, ‘They scared of you, they don’t want that heat yet’,” he said, referencing Strickland, who has won his last six fights at 185-pounds. “I guess Izzy gets to pick his fights, and he said my name in the post-fight interview and the press conference. I’d say I’m confident of it happening, but I’m staying prepared for anything.”

Adesanya, for his part, did indeed mention Cannonier’s win in his post-fight presser in Houston last weekend: “I just saw bits and pieces [of Cannonier vs. Brunson]. I think he even got rocked. I saw he got taken down. Then, he elbowed Brunson. I didn’t really take stock. I’ll go back and watch the fights later on and see what it is.

“He made a statement. I even told him after the weigh-in, not the ceremonial one, the official weigh-ins. I said, ‘Look, please take this guy out so I can get some fresh meat.’ And he said, ‘Bro, I’m trying to work.’ I said, ‘Me too.’ So I’m a man of my word.”

So a lot is to transpire between now and the date of Israel Adesanya’s next title bout, whenever that comes — but how about Cannonier vs. Strickland while we wait?