Bellator have confirmed details for their first Dublin event since February 2020. 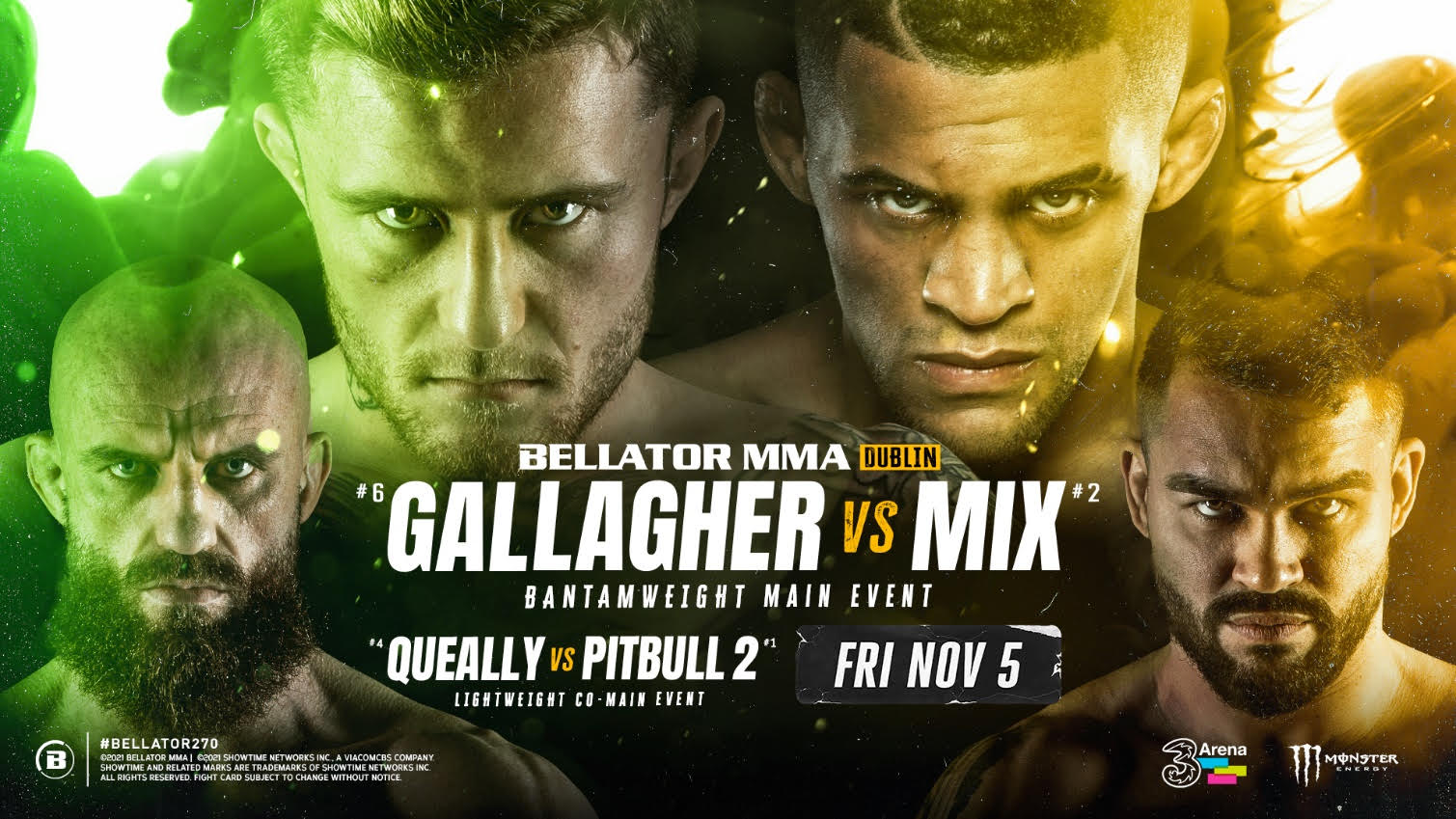 After a layoff enforced by the global pandemic, Bellator has announced its return to Dublin — and it will feature two of Ireland’s most popular fighters in the headline slots for the November 5 card.

James Gallagher will continue on his path towards a Bellator bantamweight title shot when he takes on American fighter Patchy Mix in the main event in a fight which was originally supposed to take place earlier this year, but will now take place in the Irish capital inside a venue in which ‘The Strabanimal’ has a rich history of success.

“I’m so grateful to be back as the headline in Dublin,” said Gallagher of the fight announcement. “I’ve moved to America to take my mindset and skill set to another level and I’m happy I can show my work to my home fans! Welcome to the Jimmy Show!”

Mix, meanwhile, enters the bout in confident form. The third ranked bantamweight on the Bellator roster, Mix was successful in his last fight against Albert Morales in May and is looking to silence Gallagher’s hometown support in November.

“I’m going to walk into James’ home country and put him away in the first round,” he said of the announcement.

The co-main event will feature a rematch of the May contest between SBG Ireland’s Peter Queally and Patricky ‘Pitbull’ Freire, after the Irishman won their initial bout via TKO (cuts) several months ago — and Queally has promised more of the same, this time in his home country.

“I can’t wait to get back out there again to settle this once and for all with Pitbull and really give the 3Arena crowd something special,” Queally said. “Patricky is such a perfect opponent, there has been so much that has gone on with me and him that I think the crowd will be even more invested than normal this time. Expect an all-out war — I’m going to beat him, and the lightweight belt is next.”

Pitbull, though, says he will play the spoiler on the night.

“He knows he was getting beat up in the first fight,” he said. “He felt pain in his legs and body, I’m gonna make him feel even more pain now. The Irish fans are very loud and passionate, but when I knock him out, you will be able to hear a pin drop in that arena.”