The Gallagher vs. Ellenor showdown will finally happen in London this May, Bellator officials announced Thursday. 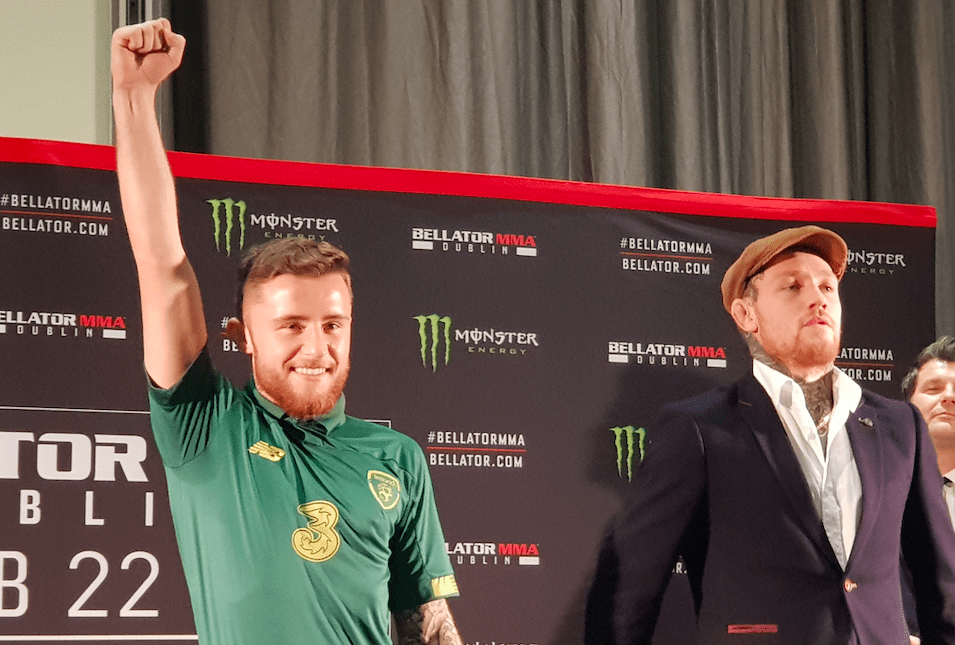 It looks like the third time will be a charm for Bellator officials when it comes to the re-booking of the simmering rivalry between James Gallagher and Cal Ellenor.

Twice Bellator have attempted to pair the two top-ranked European bantamweights but Ellenor (8-2) was forced to withdraw from a scheduled bout last September, while a back injury nixed Gallagher (10-1) from this Saturday’s card in Dublin. However, fight fans won’t have long to wait to (hopefully) see some closure to their rivalry at the upcoming May 16 card at Wembley Arena in the English capital.

🚨 WE ARE COMING BACK TO LONDON! 🚨@StrabanimalMMA and @CalPacinoMMA will finally square off on Saturday, May 16th at The @SSEArena.

The card will also feature the MMA debut of former England rugby international James Haskell, who will compete in a heavyweight bout against an as-yet-unnamed opponent. Haskell won 77 caps for his country in a glittering rugby career and has since transitioned to mixed martial arts, training in the infamous London Shootfighters gym which has produced the likes of Michael ‘Venom’ Page and John Hathaway.

Gallagher’s withdrawal from this weekend’s card in Dublin, along with that of Peter Queally, means that SBG fighter Leah McCourt has been drafted in as the hometown headliner where she will take on Judith Ruis in a featherweight contest.

Tickets for the Bellator London show will go on sale on Friday, February 28.

The biggest draw in the game. May 16th the main event in London. 3rd time I’ve made this fight happen, only place I’m running from is from my corner to take your head off. Good luck. 🇮🇪