Gallagher improves his record to 9-1 with a hard fought but decisive performance in London. 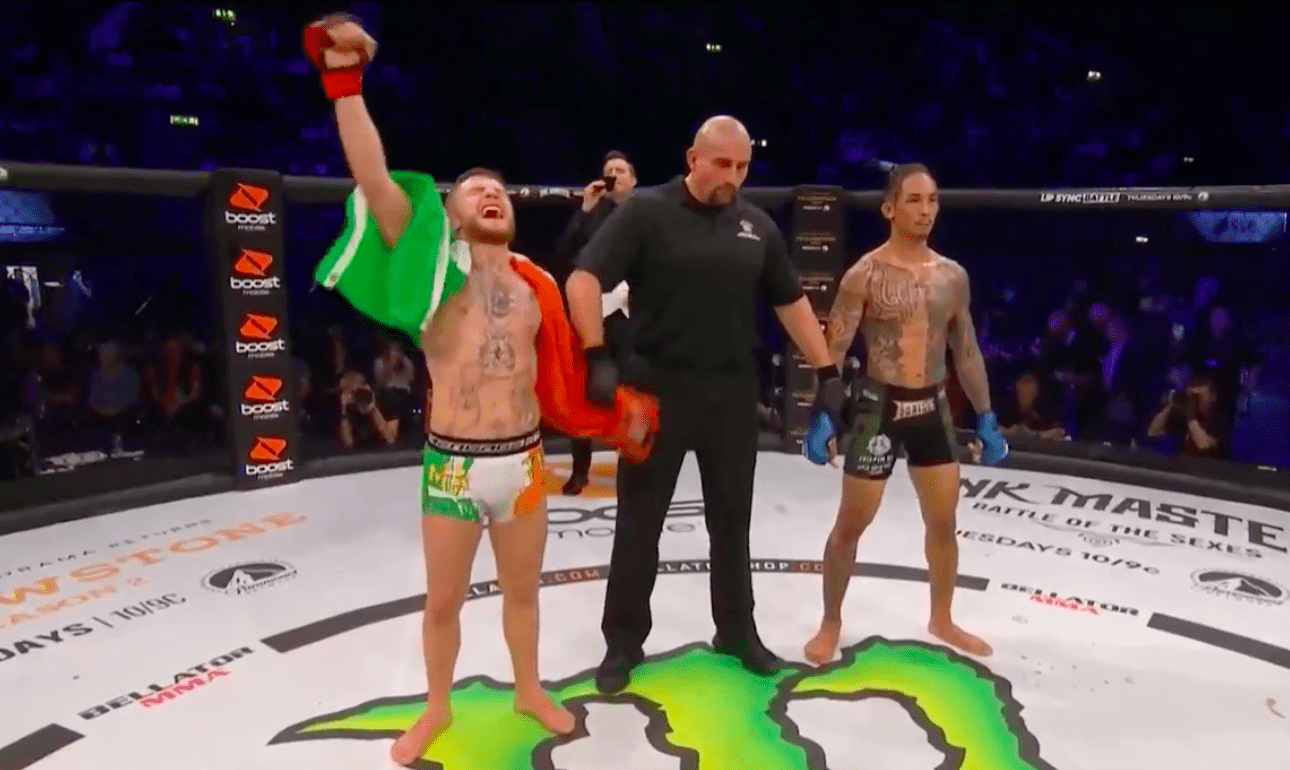 James Gallagher improved his career record to 9-1 with a hard fought yet decisive win against Jeremiah Labiano at Bellator London at the SSE Arena in London on Saturday night.

The win, just the second time in ten fights that Gallagher has gone to a decision, came in a fight largely defined by ground battles but it was the Irishman who was able to implement his game on American opponent Labiano, ten years his senior.

Gallagher began the fight by swinging some fastball low kicks which left Labiano hesitant to close the distance but when the two did come together, it was Gallagher who was able to control his opponent even if he wasn’t threatening with anything potentially fight-ending.

✊🇮🇪 @StrabanimalMMA is your winner at #Bellator223 tonight as he gets his hand raised via unanimous decision. pic.twitter.com/zKbT5twYgm

In the second, Labiano returned the favour. After an exchange, Labiano was able to get Gallagher to ground but the SBG man’s response was to shut up shop, close his guard and not allow any opportunities to exploit.

The third followed the same blueprint, except Gallagher was able to transition to mount in early exchange. Labiano rallied towards the end of the frame, but Gallagher stuck to him like glue and ended the fight working for an armbar.

The judges’ decision when it came read 29-28 on all three cards.

Gallagher in now an impressive 6-1 in the Bellator ranks and a surefire candidate to headline the promotion’s Dublin return on September 27.