James Gallagher and A.J. McKee are continuing their budding feud. 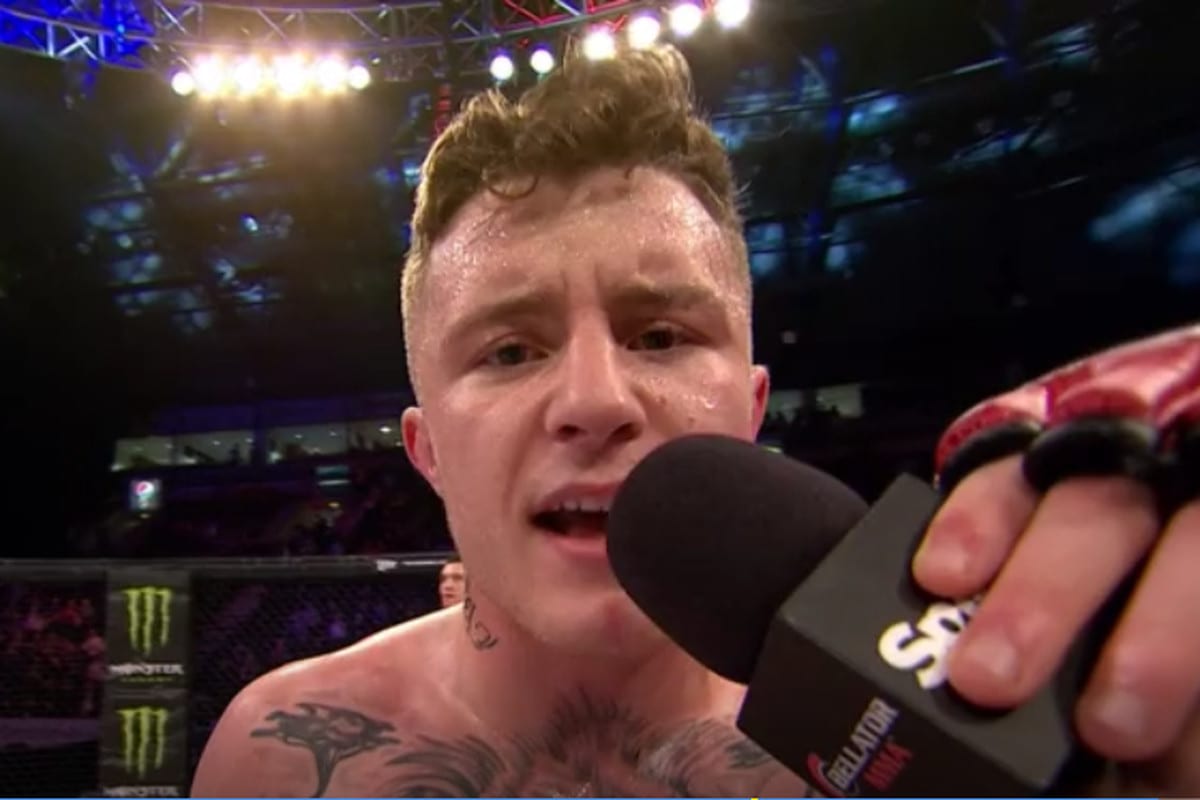 James Gallagher and A.J. McKee have the makings of a nice little feud.

As the young man from Strabane’s star has risen, his eyes have been firmly set on McKee, and along with it, plenty of verbal jabs have been thrown.

That trend continued tonight at Bellator 178, after McKee defended his title against Dominick Mazzotta, knocking out his opponent in the first round with an impressive head kick.

We invite you to @spike right now for #Bellator178! pic.twitter.com/XSDnCb8aeQ

Immediately following the victory, McKee took the microphone and took fire at Gallagher, referencing his “fans in Ireland, and my biggest fan, James Gallagher — how you doing, baby girl?”

Unsurprisingly, Gallagher was paying close attention. “Ask your baby girl how I’m doing,” he shot back.

A.J. McKee shouts out "my fans in Ireland, and my biggest fan, James Gallagher.

"How you doing, baby girl?"

Gallagher is currently scheduled to face Chinzo Machida at Madison Square Garden at Bellator 180, but should he win that fight, both he and McKee would be undefeated prospects, and a clash between the two may be too hard for Bellator to ignore.