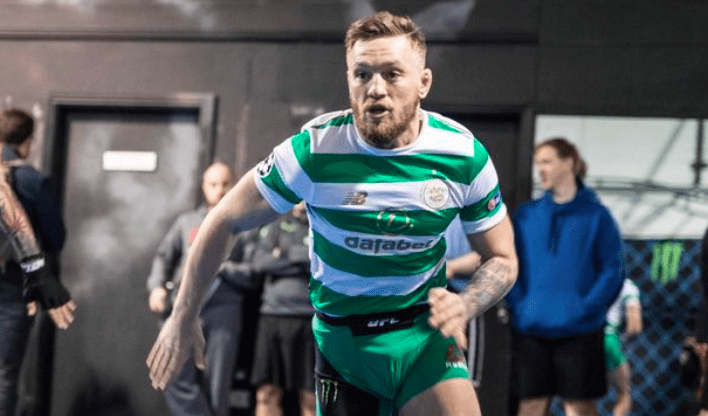 After Conor McGregor hinted on social media that he may pursue making a bid for Scottish Premier League side Glasgow Celtic, the move has been endorsed by the country’s best-known mixed martial arts fighter.

Paul Craig, who is currently in the midst of a four-fight undefeated streak in the UFC’s light heavyweight division, agrees with McGregor’s statement that he could “do big things for a club” if he was to invest and said that McGregor’s input could help make Celtic one of the world’s leading sports brands.

A conversation came up regarding Celtic first to be honest. To acquire shares from Dermot Desmond. I am certainly interested in acquiring a sports team at some stage!
Both Celtic and Man United are teams I like for sure. But I am open. I feel I could do big things for a club. https://t.co/KgD9qnYipP

Speculation was raised when McGregor first hinted at bidding for Manchester United amid the fallout of the hugely-unpopular European Super League proposal, before admitting that there had been a “conversation” with regard to purchasing a stake Celtic, the first British team to win the European Cup or Champions League.

“A conversation came up regarding Celtic first to be honest,” McGregor wrote on Twitter. “To acquire shares from Dermot Desmond. I am certainly interested in acquiring a sports team at some stage! Both Celtic and Man United are teams I like for sure. But I am open. I feel I could do big things for a club.”

McGregor is a revolutionary, not only in MMA but in the sporting world,” he said to the Daily Record. “He changed MMA for ever. He was the catalyst. If you are an MMA fan, you’ll have seen MMA fighters come and go. You’ll have superstars and far better athletes than McGregor, far better trash-talkers than McGregor, but McGregor had that ability to market himself and the sport like nobody else. He pushed UFC into the next level.

“It wouldn’t be as mainstream in Scotland if it wasn’t for McGregor. I’ve been in the sport for 10 years – five years in the UFC – and everybody knows who McGregor is. He’s designed the brand, he’s got the look and the entourage. He’s got that bit of charm and salesmanship.

“He’s the golden goose in our sport and to have somebody like that talking about buying shares in Celtic is something that the club should be excited about. If he became involved, the world-wide media coverage would go through the roof. Their fanbase is already huge but they’d add millions to it overnight.”

Furthermore, Craig predicts that McGregor would have a similar influence on Celtic as David Beckham did when he signed for Real Madrid many years ago.

“I remember when David Beckham signed with Real Madrid and they made his signing-on fee back on sales of strips with his name on it. That’s the kind of thing that would happen if McGregor went into business with Celtic. Merchandising would be off the scale.

“It wouldn’t affect season ticket sales because they’re all sold out anyway. It won’t affect Sky or any other media buying up Celtic coverage because it’s already done. It will come down to people buying into Celtic worldwide.”

And if there are any questions as to whether or not McGregor could afford the move, those will be put to bed by Tuesday’s announcement by Forbes that McGregor is the best paid global sporting athlete for 2021.