‘It was just the moment’: Joanna Jedrzejczyk explains decision to retire after UFC 275 defeat
Press enter to begin your search
MMA

‘It was just the moment’: Joanna Jedrzejczyk explains decision to retire after UFC 275 defeat 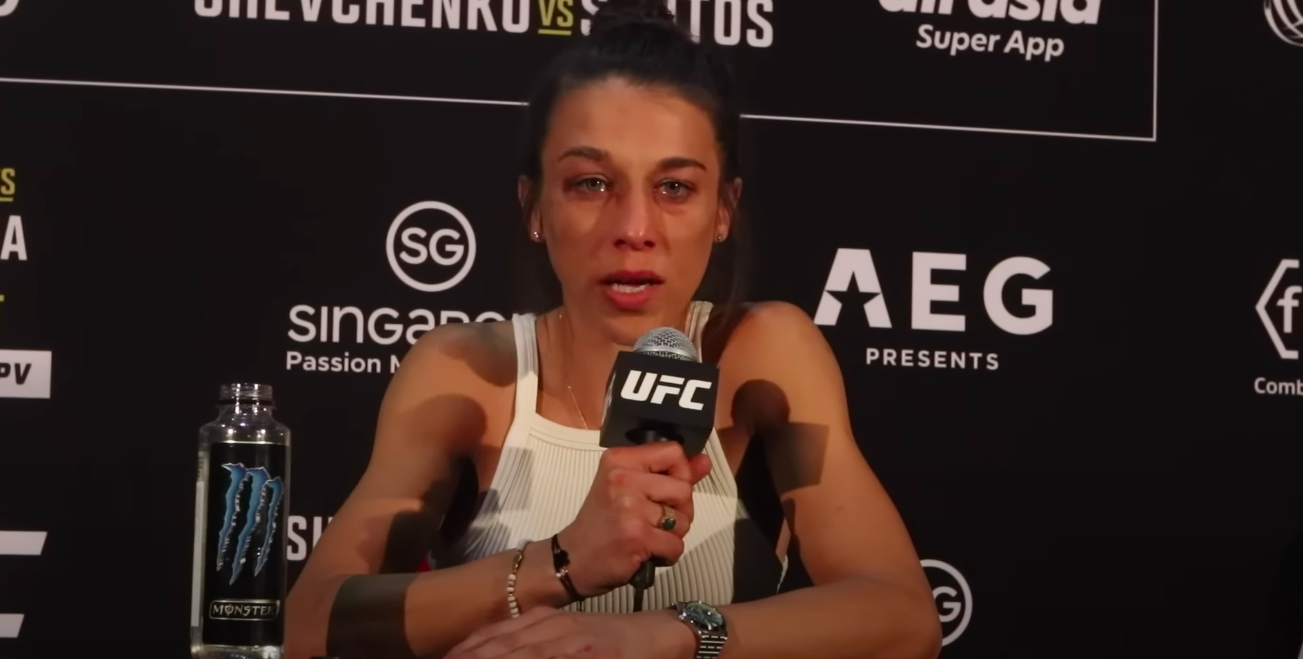 One can only imagine the range of emotions experienced by Joanna Jedrzejczyk in the past few days.

The Polish star emerged from a more than two year hiatus at UFC 275 in Singapore in a bid to gain a measure of revenge against Zhang Weili, the fighter who squeezed past her in her last bout in what was universally regarded as the finest fight of 2020. Even more than that, Jedrzejczyk had indicated that a revenge win would be enough for her to earn a title shot against Carla Esparza — the same woman whom she blitzed to win her first world title back in 2014.

But as you know by now, it didn’t turn out that way. Jedrzejczyk’s fight — and as it turned out, her career — came to an end midway through the second round when Zhang landed a spinning back fist which sent Jedrzejczyk tumbling face-first to the canvas.

It was her second defeat to the Chinese which, when added to two defeats against Rose Namajunas, put Jedrzejczyk on unsteady ground in the title picture — and apparently hastened her decision to hang up the 4oz gloves.

“It was just the moment,” Jedrzejczyk said of her decision. “Of course, I had it in the back of my head like maybe there was one day, maybe a year ago, if something happened I might retire because I’ve been in this business for the last 19 years. Lots of investment from myself. It’s time to fully enjoy my life.

“Honestly, I had no time to sit on it and think about my legacy and how big it is, and I’m a hard worker. I always dedicate myself. I give as much as I can and I get as much as I can the same way but now it’s time to fully really enjoy it. Spend some time with my family.

“I started traveling when I was 17, I used to live in Thailand, in Holland and in the States, it’s been more than six years from the time I moved to the States, I’ve been on the road. I’ve been doing this most of my life so it’s time to really, fully enjoy.”

Even if she hasn’t given it much thought, Jedrzejczyk’s legacy in the sport is set in stone. She was one of the most dominant champions in a pivotal growth period for women’s MMA, and says that her association with the sport doesn’t end her.

“I always want to be remembered as one of the greatest and I will,” Jedrzejczyk said. “I’m just the girl from the hood. J.J. from the hood. I did big things. I have to sit and think about what I have achieved.

“I bought a nice apartment maybe two years ago. Do you know how many times I was there? None. Like maybe I slept there two nights. Now I have time to fully enjoy it. I’ll go there, spend some time, sit on it and enjoy it.”