Israel Adesanya blasts ‘juice monkey’ Paulo Costa: “How the f*ck are you going to hit me with those little T-Rex arms”
Press enter to begin your search
MMA

Israel Adesanya blasts ‘juice monkey’ Paulo Costa: “How the f*ck are you going to hit me with those little T-Rex arms” 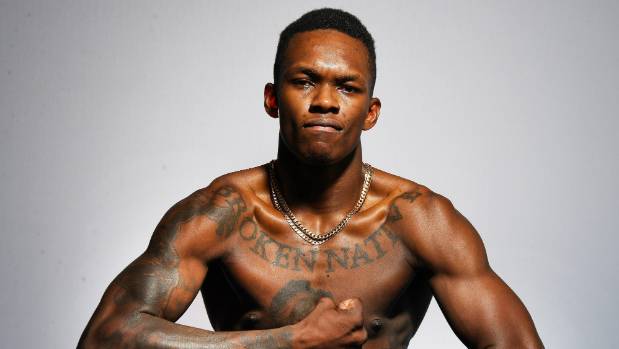 When Israel Adesanya defeated Anderson Silva last weekend in Melbourne, it seems he didn’t do much to impress his fellow UFC middleweights.

First, former UFC champion Chris Weidman labeled Adesanya as over-rated, while Paulo Costa went even further, declaring the new 185-pound contender wouldn’t last two rounds in the same cage as him should they fight. Evidently, Adesanya heard those comments, and was quick to offer his own critique of Costa’s work.

“Now, what’s his name, little juice monkey, Paula,” Adesanya said, speaking on MMAFighting’s The MMA Hour. “Paula. My bitch. What did he say again? He said something about I wouldn’t last two rounds with him. See he, Silva, that fight with me and him was just physical chess. Was the highest level of striking. It was just, if you know about footwork, intricacies of footwork, it was beautiful to watch. For a guy like Paula, he’s a walking punching bag, walking punching bag, juiced up, blown up and throws body shots and heavy, heavy, heavy. Bring that ass over here.”

This scrawny clown @styleblender would not survive for 2 rounds with me. He does not convince me definitely! My focus is total on Romero in April.

“Uriah Hall was just jabbing him up,” Adesanya said, continued. “How the fuck are you going to hit me with those little T-Rex arms. If I’m behind those jabs, the things that I follow up will be much, much different, so, yeah. A guy like that he should just focus on his fight he’s got next Yoel Romero and yeah, let them talk.”